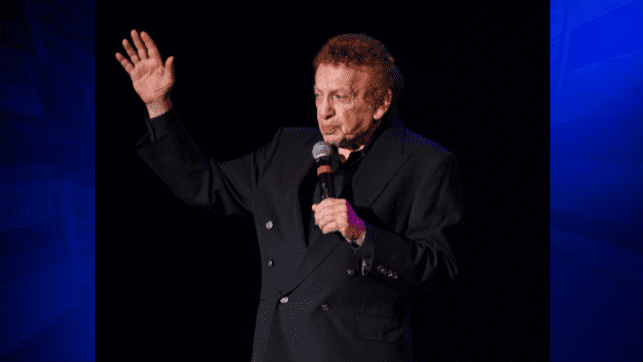 “He died peacefully with several close friends and family at his side,” Felder said. Mason had been hospitalized for two weeks with difficulty breathing, Felder said.

Although he was born in Sheboygan, Wisconsin, Mason came of age in New York, with brief career turns as an amateur boxer and ordained rabbi before getting into comedy. Mason was a master of the “Borscht Belt” style of standup, leaning heavily on Jewish culture and expressions. In his later years, Mason curated a vlog called “The Ultimate Jew” on his website.

Felder told CNN that Mason loved attention from fans throughout his career.

“He would talk to anybody on the street, even when he was at the height of his fame,” Felder said.

He added that Mason’s on-stage persona as a man whose wheels were constantly turning was no act. “I would get phone calls that would start with, ‘Let me ask you something,’ and I knew he had thought of a hypothetical lawsuit to right some terrible wrong,” said Felder, who is an attorney.

Many younger fans knew Mason best for his long-running association with “The Simpsons.” Mason’s voice appeared in 11 episodes as Rabbi Hyman Krustofsky, the father of Krusty the Clown, until his character died on the show in 2014.

Mason is survived by his wife and manager, Jyll Rosenfeld.