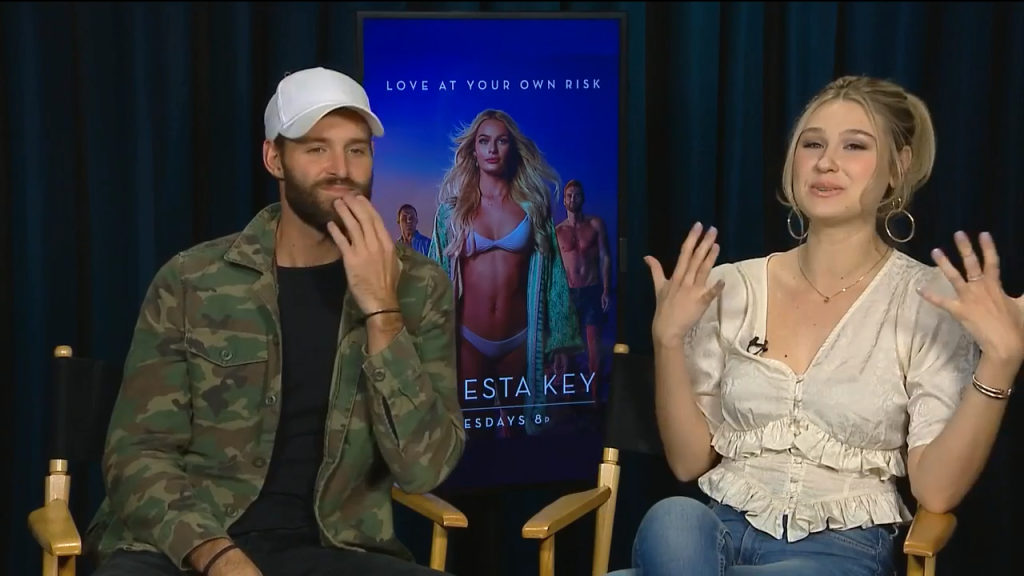 Everyone knows all the good drama goes down in Florida, and that doesn’t just mean Miami Beach to Fort Lauderdale. Reality show “Siesta Key” is ramping up the debauchery on the west coast. Deco’s master of reality, Alex Miranda, has the scoop on the show’s new season.

Florida’s east coast is a fiesta. The west coast is more of a siesta, but Florida’s sleepier side is getting a wake-up call on a hit MTV reality show.

It’s back to reality for the cast of MTV’s hit show, “Siesta Key.”

In the show’s third season, we see the group of friends from the Florida beach town mixing bathing suits and bad decisions.

Madisson Hausburg, a key player: “Our group of friends is so dramatic, and then, you throw cameras in the mix, and then, you open up your life to the rest of the world.”

Madisson has returned to the key from LA. This time around, she found love on the other side of the camera.

New to the group is Robby, Juliet’s new love.

Robby Hayes, a new reality: “I had fallen for Juliet a little bit before the season was filming and was continuing to fall, and that’s when production approached.”

But, most of Siesta Key doesn’t trust Robby, and they don’t think he’s sticking around for the right reasons.

So what can fans expect from the rest of the cast?

We don’t know if we should bring tissues or popcorn.

Robby Hayes: “There is gonna be drama. It’s going to keep you on the edge of your seat.”

The new season of “Siesta Key” starts tonight at 8 p.m. on MTV.

Record it on your DVR, though, and watch “The Resident” on Fox.