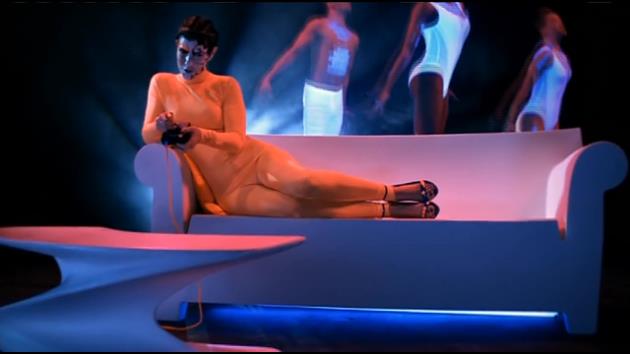 There’s a new play in town called "Boom," and it’s about sex. It’s also about survival (after a potential planetary explosion). But tonight, Deco’s shining the spotlight on the music provided by Miami’s electro-pop-funk group, Afrobeta.

"Boom" is a not quite romantic, doomsday comedy that’s now playing at the Museum of Contemporary Art in North Miami on 770 Northwest 125th Street.

Francisco Carrenova: "It’s like a play within a play and the inside story is Jules and Jo."

Jo, played by Nicole Fernandez, is looking for a peak experience in biologist Jules’ underground lab.

Nicole Fernandez: "I see an ad for random sex with a stranger and I think this is the best idea. Random sex, just living in the moment."

And if the musical sounds seem familiar, that’s because Miami’s electro-funk duo Afrobeta, didn’t just compose the music– they’re part of the show!

Cuci Amador: "It’s not as if the characters are in the middle of a scene and then they start breaking into song. It’s more as if the music kind of is its own character inside of the show that has something to say."

You may have seen Afrobeta on stage at Ultra Music Festival, or maybe you’ve listened to their funky music online, but now you can catch the husband and wife team up close in the theater.

Cuci Amador: "We wrote original songs that were in line with what the characters were going through of feeling at the moment and that’s the way they were put into the show. It’s definitely not an orchestra. They are completely involved throughout the whole thing and it’s not just music, it’s sounds in general."

Nicole Fernandez: "The sound cues, the rumbling, the feeling, and they bring an ambiance to us. They’re a part of the show completely."

Cuci Amador: "Barbara is my character’s name, and she is very involved in the story because she speaks to the audience directly and breaks the fourth wall throughout the show. She’s kind of the person guiding the audience along."