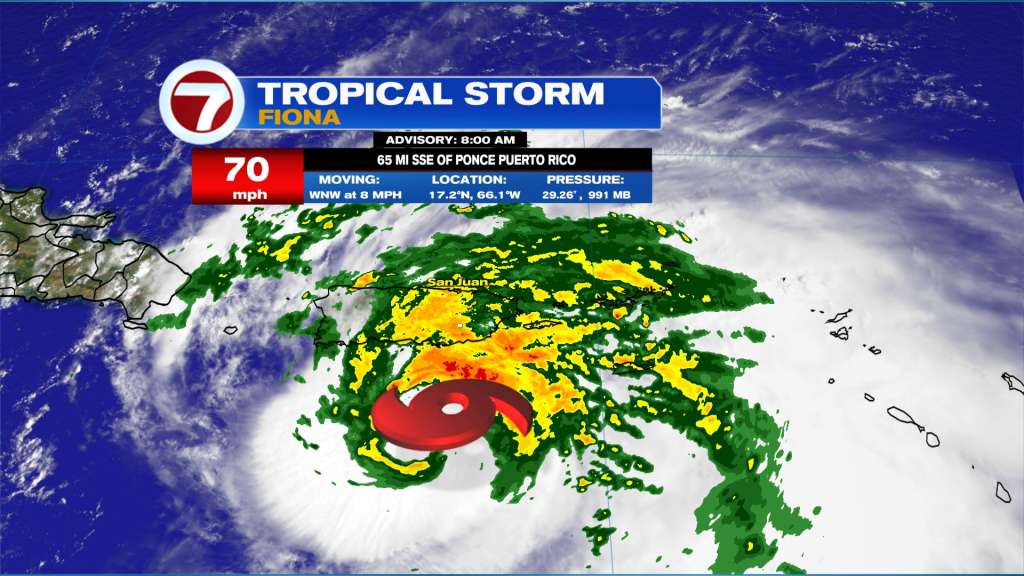 Another dose of storms is in the cards this Sunday for South Florida, but Sunday should feature more sunshine after what turned out to be a cloudy and damp Saturday across much of South Florida. Today, expect morning sunshine with a stray shower, then scattered showers and storms in the afternoon. Prior to those storms, temperatures should rise up quickly into the upper 80s to low 90s by midday.

A few showers and storms will remain possible into tonight and then once again into Monday. The first half of our new week will be characterized by the chance for a few showers and storms along with above average temperatures near 90F. It shouldn’t be as wet these next few days compared to the past few but rain chances will still hold steady at around a 50-percent chance.

It’s not until late week when I’m expecting pushes of drier air traveling south into Florida which will lower our rain chances. It’s not going to shut off the showers completely but activity should be more isolated, meaning more sunshine is in store.

In the tropics, Tropical Storm Fiona continues to slowly organize and strengthen over the northeastern Caribbean Sea. Fiona will make landfall or pass just southwest of Puerto Rico later today as a strong tropical storm or Category 1 hurricane. Some wind damage and power outages are possible but the greatest concerns are flooding and mudslides from very heavy rain. The storm is not moving as fast as it has the past few days and it contains very heavy rain already, so a widespread 12-16 inches with isolated totals up to 25 inches if forecast for Puerto Rico through tomorrow.

Tonight, the storm is forecast to pass over or just east of the eastern Dominican Republic as a low-end Category 1 hurricane. Rain and flooding is also a concern here where 4-8 inches of rain is expected with isolated totals of up to 1 foot.

Beyond this time period, Fiona is forecast to enter the southwest Atlantic on Monday as it will slowly pivot to more of a northerly direction while gradually strengthening into a Category 2 system. The center of the storm is most likely to pass east of the Turks and Caicos islands and southeastern Bahamas, but given its close proximity and possibility for a westward shift in the track, a Tropical Storm Watch is now in effect for these islands, with possible impacts Monday into Tuesday.

By midweek, Fiona should track north and https://twitter.com/Jackson_Dill/status/1571428482663456768?s=20&t=RipAzC2r9McP3DuoDUDCXwparallel to the U.S. East Coast and could impact Bermuda. Thankfully, Fiona is expected to hold a safe distance off the coast, including Florida, avoiding direct impacts. Fiona will generate larger swells and increase the rip current risk along east coast beaches mid to late this coming week, however.