Throughout the day (Saturday) Tropical Storm Humberto was skirting by the northernmost Bahamas.   The storm slowed in forward speed, reminding many of Dorian, just 2 weeks ago, which also came to a halt near the region.    Fortunately, Humberto is nothing like its tropical predecessor.   To begin, it was only recently upgraded from a depression (late Friday).   Also, the center of Humberto stayed east of islands that were most impacted by Dorian, so conditions weren’t as bad as they could have been.   Here’s a look at the satellite and radar.   At the time, Humberto was more than 200 miles northeast of Miami Beach.   Much of south Florida got a drenching, but more because of an upper low in the Gulf, than from Humberto. 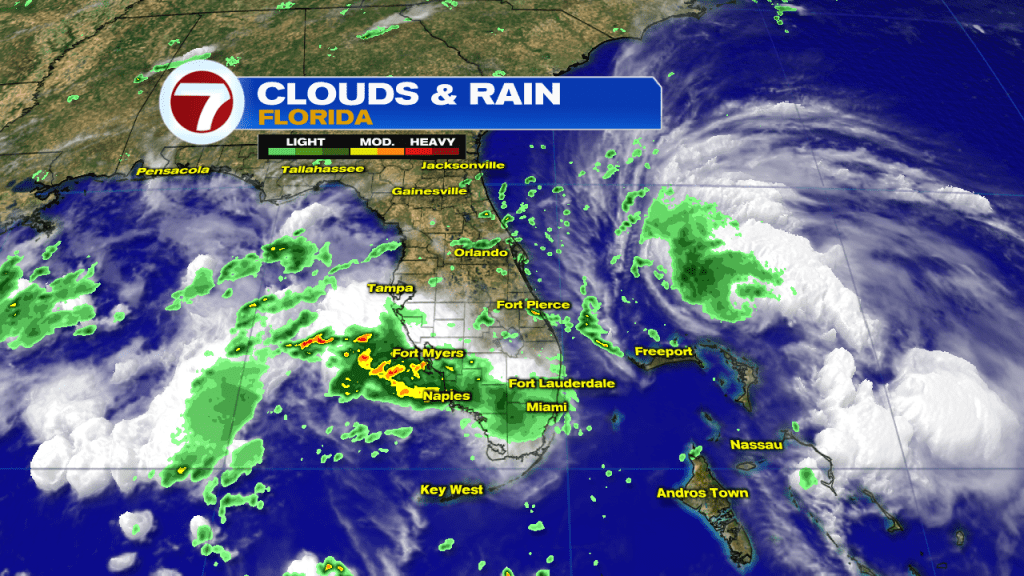 Plenty of clouds will carry over into the second half of the weekend, too.   Lingering moisture will also lead to a few rounds of rain (again). 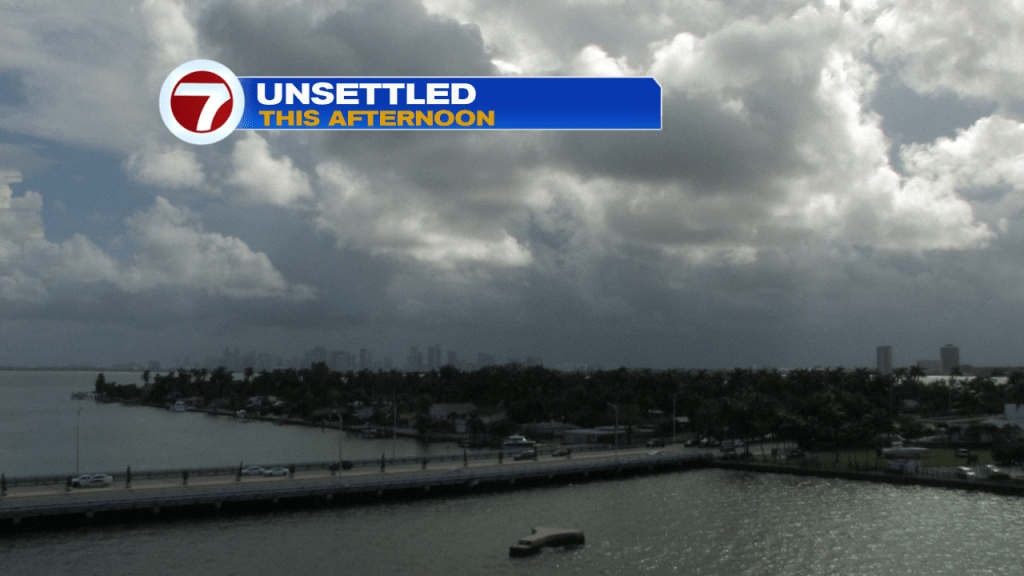 Humberto remains the only organized system in the tropics as the new week begins.   This is the official forecast track over the next 5 days.   Humberto is expected to get stronger while over the open waters (possibly becoming a hurricane).   The only vulnerable spot could be the island of Bermuda, during the middle of the week. 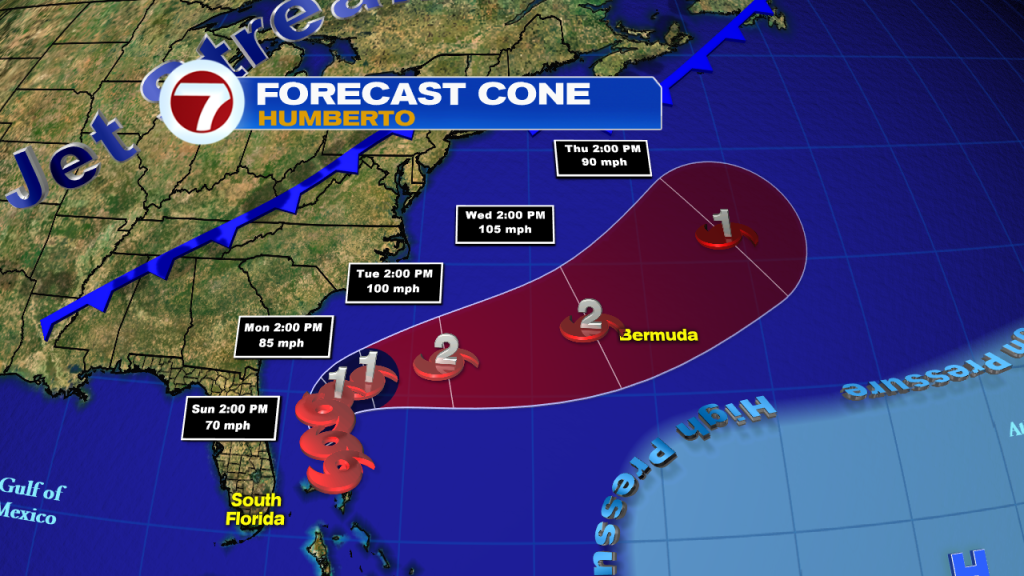