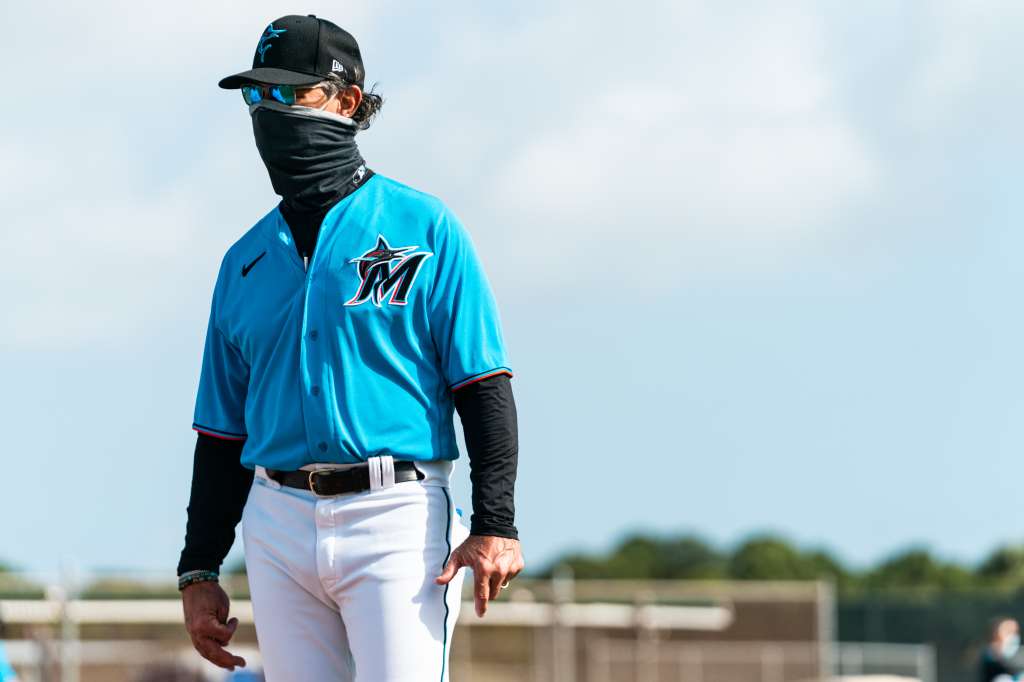 MIAMI (AP) — The Miami Marlins were beginning to arrive at camp for the start of spring training when left-hander Daniel Castano ran into Don Mattingly, the 2020 National League manager of the year.

“First thing when I saw Skip, I congratulated him on his award,” Castano says. “And he said, ‘That was last year.’

“That set the tone: Last year was awesome, but we have a lot more up our sleeve.”

With a young roster and refurbished farm system, the Marlins appear to be on the rise. A surprising 2020 run to their first playoff berth since 2003 suggested the Marlins are ahead of schedule three seasons into their rebuild under CEO Derek Jeter.

But after going 31-29 and then being swept by the Atlanta Braves in the NLDS, they’re eager to do better.

“Last year was great, but obviously we know that’s not where we want to end up,” Mattingly says. “We just have to get back to work, take last year as a steppingstone and keep moving forward.”

An abundance of young starting pitchers gives the Marlins a solid foundation.

Among the top eight arms, the oldest is the 26-year-old Castano. The group doesn’t even include right-hander Max Meyer, the No. 3 overall pick in the 2020 draft, who could make the majors later this year.

“The pitching depth we have in this organization is scary,” left-hander Trevor Rogers says.

The question is how soon the Marlins’ young hitters will catch up with their pitchers in development. Miami ranked 23rd in OPS last year, partly because prospects Jazz Chisholm, Monte Harrison, Jesús Sánchez and Lewis Diaz went a combined 24 for 167 (.144) with 68 strikeouts.

Many projections have the Marlins finishing under .500 this year, but they could exceed expectations again if one or more of their young hitters breaks out.

“We’re not a club that’s old, and this is what we’re going to be,” Mattingly says. “This is a club that has a chance to constantly improve.”

Sánchez made his major league debut on his 22nd birthday last year and went 3-1 with a 1.69 ERA in his first five starts. He tailed off after that but threw five shutout innings against the Chicago Cubs in the playoffs.

The dynamic Chisholm is contending for the second base job this spring and is projected as a potential successor to veteran shortstop Miguel Rojas.

The Marlins’ most notable newcomer is Kim Ng, hired in November as the first female general manager in Major League Baseball.

She was hamstrung in the offseason by the Marlins’ perennially tight budget. Most of their deals involved modest bullpen upgrades, but Ng did acquire one everyday starter — right fielder Adam Duvall. He hit 16 homers last year for the Braves, including three in one game against Miami.

The Marlins are much improved since 2018-19, when they lost 203 games, but it’s unclear whether they’ve gained much ground on the Braves.

Miami is 13-38 against Atlanta over the past three seasons, including 4-9 last year. In the playoffs the Braves shut out the Marlins over the final 19 innings.

“Atlanta has been at the top of the division for the last few years,” Jeter says. “If you want to be the best, you have to ultimately beat the best.”

The Marlins are hoping first baseman Jesús Aguilar can return to his All-Star form of 2018, when he hit 35 homers for the Brewers. The 275-pound Venezuelan revived his career last year in Miami after a dismal 2019, and he credits a healthier diet that includes more salads and fewer arepas.