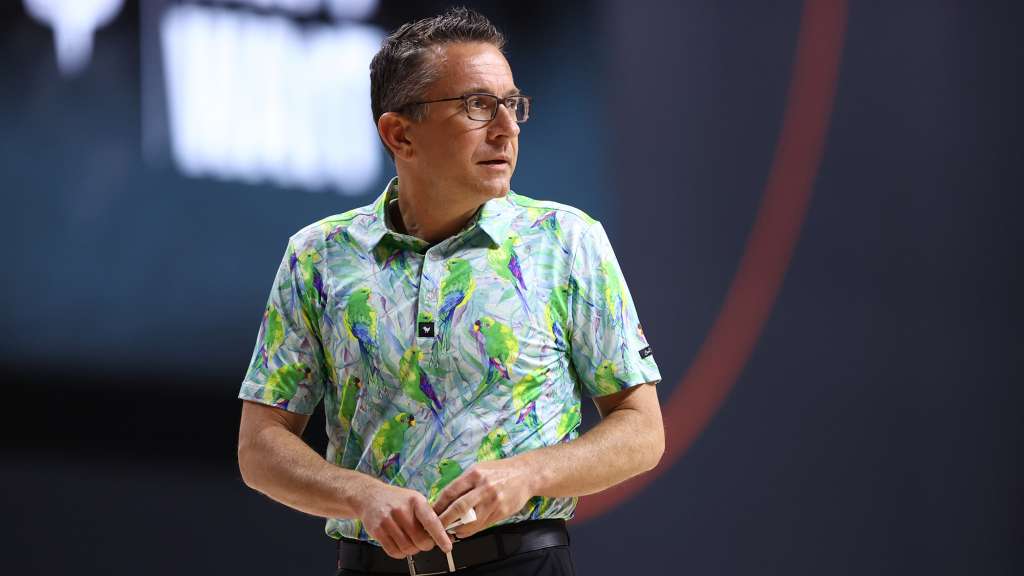 PALMETTO, FL - SEPTEMBER 24: Head coach Curt Miller of the Connecticut Sun looks on in Game Three of the Semifinals of the 2020 WNBA Playoffs on September 24, 2020 at Feld Entertainment Center in Palmetto, Florida. Copyright 2020 NBAE (Photo by Ned Dishman/NBAE via Getty Images)

(CNN) — Connecticut Sun head coach and general manager Curt Miller has been fined $10,000 and suspended for one game after making a comment to a game official regarding Liz Cambage of the Las Vegas Aces, the WNBA said Monday.

In an Instagram story, Cambage said that Miller tried to get a call from one of the officials during Sunday’s game between the Aces and Sun. According to Cambage, Miller said, “Come on, she’s 300 pounds.”

“I will never let a man disrespect me, ever, ever, ever, especially a little White one,” Cambage said, noting that she is 6 feet, 8 inches tall, and weighs 235 pounds.

“Don’t ever try to disrespect me or another woman in the league,” Cambage said.

On Monday, before the suspension and fine was announced, Miller apologized.

“During last night’s game, while arguing a call with an official, I made an inappropriate and offensive comment in reference to Liz Cambage’s height and weight,” Miller said in a statement released by the Sun.

“I regret what I said in the heat of the moment and want to sincerely apologize to Liz and the entire Aces organization. I understand the gravity of my words and have learned from this.”

Miller will serve his suspension Tuesday, when the Sun play against the Seattle Storm.