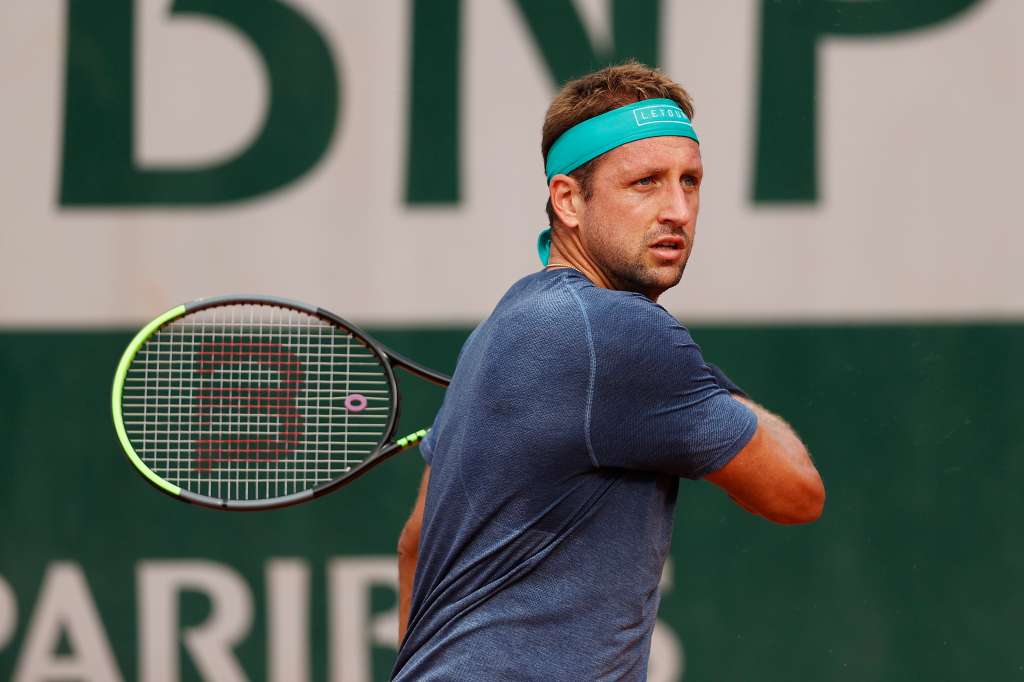 PARIS, FRANCE - OCTOBER 01: Tennys Sandgren of the United States plays a forehand during his Men's Singles second round match against Daniel Elahi Galan of Colombia on day five of the 2020 French Open at Roland Garros on October 01, 2020 in Paris, France. (Photo by Clive Brunskill/Getty Images)
CNN

(CNN) — Tennis player Tennys Sandgren has boarded a plane to the Australian Open in Melbourne despite saying he tested positive for Covid-19 on Monday.

The American, a quarterfinalist at last year’s tournament, had been ill and tested positive for the virus in November but returned another positive test earlier this week while feeling “totally healthy.”

In a series of posts on Twitter, Sandgren initially conceded that he may not be able to fly to the first tennis grand slam of the year but later wrote: “Wow I’m on the plane. Maybe I just held my breath too long. Craig Tiley [Tennis Australia CEO] is a wizard.”

In a post retweeted by Tiley, the Australian Open said Sandgren had been cleared to fly by the relative health authorities.

“In the case of Tennys Sandgren, who has self-disclosed that he previously tested positive in late November, his medical file had to be reviewed by Victorian health authorities. Upon completion of that review he was cleared to fly,” read the statement.

Lisa Neville, Australia’s Minister for Police and Emergency Services, confirmed on Twitter that Sandgren’s positive result had been reviewed by health experts and “determined to be viral shedding from a previous infection, so was given the all clear to fly.”

“No one who is Covid positive for the first time — or could still be infectious — will be allowed in for the Aus Open,” she wrote.

It comes as three-time grand slam champion Andy Murray has tested positive for Covid-19, just days before he was due to fly to Melbourne.

Murray is currently isolating at his home in Surrey, England, and it’s unsure whether he’ll be granted permission to compete in next month’s event.

In a tweet, organizers said Murray would now be unable to join the official charter flights to Australia and go through the mandatory quarantine period with the other players, suggesting he will not take part in the tournament.

According to the Centers for Disease Control and Prevention, individuals who test positive but don’t have any symptoms can stop isolating 10 days after the first positive test — as long as they have not subsequently developed symptoms.

But 10 days is just a general guideline, with viral shedding able to continue for longer.

Following criticism on Twitter, the world No. 50 said: “There’s not a single documented case where I would be contagious at this point. Totally recovered!”

Over 1,000 players and coaches have started arriving for this year’s event, which has already been delayed by three weeks. The tournament is set to run from February 8-21.

Those playing in this year’s Australian Open must complete a two-week quarantine upon landing in the country.