US Open match suspended amid heavy rainfall despite stadium roof 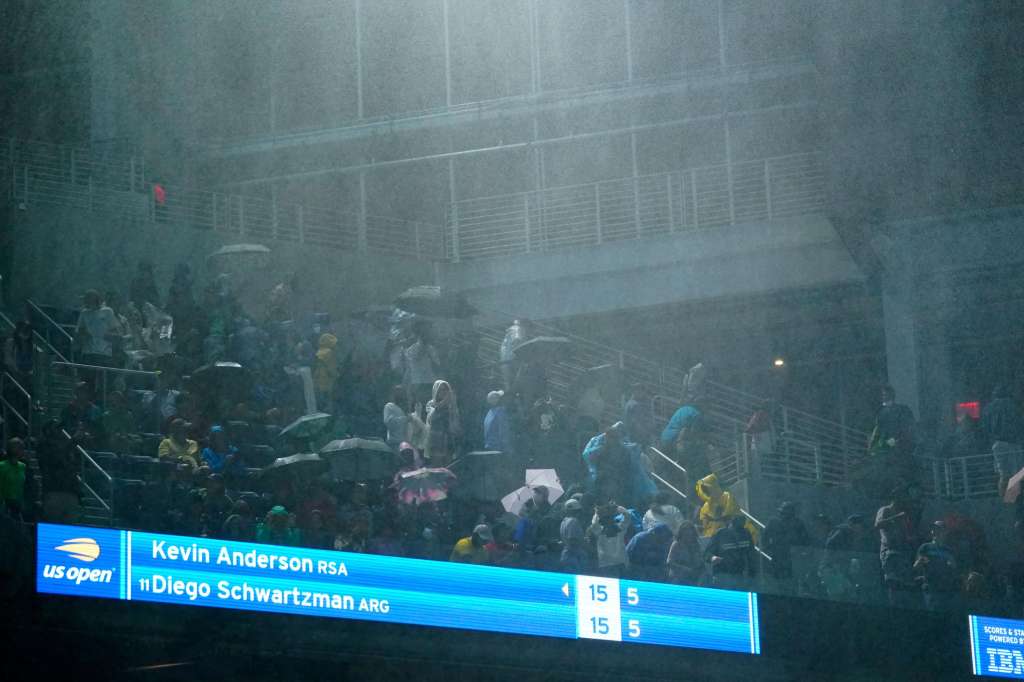 (CNN) — The US Open tennis championship was battered by remnants of Hurricane Ida on Wednesday, causing one match to be suspended as rain poured through the stadium roof.

Kevin Anderson and Diego Schwartzman’s second-round singles match was halted early in the second set as water came through multiple openings of the roof on Louis Armstrong Stadium.

The contest was later moved to Arthur Ashe Stadium and ended just after 1 a.m. ET with Schwartzman winning in straight sets 7-6 6-3 6-4.

“Thank you everyone for staying tonight,” Schwartzman said in his on-court interview.

“Crazy weather. (It) was very difficult before the match. We were talking not just because we want to play, (but) also because the security and the government, police, everyone (that) was involved in the decision to come to this court.”

New York City declared a state of emergency early Thursday morning as the Northeast region was hit by strong winds and heavy rainfall.

READ: Tennis’ governing bodies continue to urge players to get vaccinated ahead of US Open

At least 11 people have died in New York City, New Jersey and Maryland as a result of the weather.

Newark, New Jersey experienced its wettest day in recorded history on Wednesday, and Central Park also recorded its wettest hour with 3.15 inches of rain between 8:51 and 9:51 p.m. ET.

As rain descended on Flushing Meadows, fans turned to ponchos and umbrellas to ward off the elements. Blowers were brought on to clear water from the courts and ball kids also mopped the surface with towels.

There were two rain delays in the 108-minute first set between Schwartzman and Anderson before the match was suspended three points into the second set.

It resumed following the conclusion of the match between Stefanos Tsitsipas and Adrian Mannarino on Arthur Ashe, which has a roof.

“I could hear (the rain),” Tsitsipas told reporters after his 6-3 6-4 7-6 6-0 victory. “At first, I thought it was the crowd, people talking on the back seats, but now … I just realized it was not the crowd, it was the rain. Just a lot of noise coming from up there.

“Regardless of that, I do have a bed here so I might have a sleepover here tonight.”

The match between Angelique Kerber and Anhelina Kalinina, scheduled to take place in Louis Armstrong Stadium on Wednesday, was moved to Thursday.

With limited train services running from stations near Flushing Meadows, the United States Tennis Association said it is working with New York authorities to identify routes to get fans home from the venue.

The US Open released a statement on Thursday delaying gate openings and match start times, saying: “The safety of our fans, players and staff is of the utmost importance … The current plan will not open gates before 11:00 am.”

Later, organizers said play would begin at 12pm (local time) and said safety for those in the grounds was of “utmost importance.”