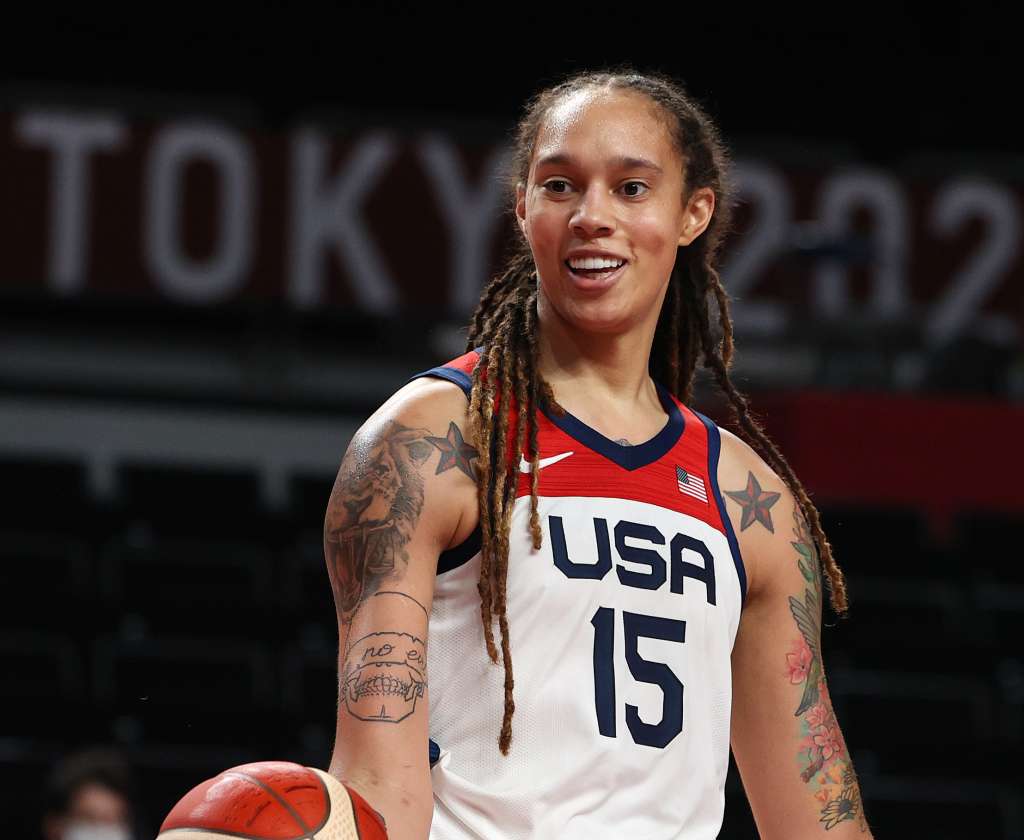 SAITAMA, JAPAN - AUGUST 06: Brittney Griner #15 of Team United States looks on against Serbia during the second half of a Women's Basketball Semifinals game on day fourteen of the Tokyo 2020 Olympic Games at Saitama Super Arena on August 06, 2021 in Saitama, Japan. (Photo by Kevin C. Cox/Getty Images)

(CNN) — The State Department has now classified WNBA star Brittney Griner as wrongfully detained in Russia and her case is being handled by the office of the US Special Presidential Envoy for Hostage Affairs (SPEHA) Roger Carstens, a State Department official confirmed to CNN Tuesday.

The SPEHA office leads and coordinates the government’s diplomatic efforts aimed at securing the release of Americans wrongfully detained abroad, and the shift to their office means more flexibility in efforts to negotiate her freedom, as they do not necessarily have to wait for Russian legal proceedings to play out.

Carstens and his team played a major role in securing the release of US citizen and Marine veteran Trevor Reed from Russia last week.

“When it comes to our efforts to free Americans, the Special Presidential Envoy for Hostage Affairs Ambassador Carstens, he will go anywhere, he will talk to anyone if it means that we’re able to come home with an American, to reunite that American with her or his family,” State Department spokesperson Ned Price said Monday.

White House press secretary Jen Psaki said Tuesday the decision to classify Griner as wrongfully detained was made “in coordination with the hostage negotiator [Carstens] and the State Department.”

“But typically, and I don’t believe this will change, in order to, to leave the space to have an outcome we all want and desire, which is to bring her and any Americans detained or unjustifiably detained home, we typically don’t talk about it extensively,” she said.

Griner’s agent, Lindsay Kagawa Colas, said in a statement, “Brittney has been detained for 75 days and our expectation is that the White House do whatever is necessary to bring her home.”

A WNBA spokesperson said the league views Tuesday’s news as a “positive development and a next step to getting her home.”

In addition to work by the Biden administration, the Richardson Center, which privately advocates on behalf of families of hostages and detainees and were involved in getting Reed home, is also working on behalf of the Griner family to try to secure her release.

“I can confirm that Governor Richardson and the Richardson Center are indeed working on behalf of Brittney’s family to secure her safe return. Due to ongoing efforts and sensitivities, we are focused on working rather than talking at this time,” Mickey Bergman, the vice president and executive director of the Richardson Center, said in a statement to CNN.

Griner, a two-time Olympic gold medalist and a star for the WNBA’s Phoenix Mercury, was arrested in February at a Moscow airport and accused by Russian authorities of smuggling significant amounts of a narcotic substance — an offense punishable by up to 10 years in prison.

She plays for Russian powerhouse UMMC Ekaterinburg during the WNBA offseason.

On Tuesday, the WNBA said it will honor Griner, a seven-time all-star, during the 2022 season with her initials and jersey number (42) along the sidelines of all 12 home courts. Griner will also be paid her full WNBA salary, the league said.

“As we begin the 2022 season, we are keeping Brittney at the forefront of what we do through the game of basketball and in the community,” WNBA Commissioner Cathy Engelbert said in a statement.

“We continue to work on bringing Brittney home and are appreciative of the support the community has shown BG and her family during this extraordinarily challenging time.”

The league is in constant communication with the US government, the WNBA spokesperson said Tuesday.

Last season, Griner finished second in Most Valuable Player Award voting. The 6’9″ center led the Mercury to the WNBA Finals, where Phoenix lost to the Chicago Sky in four games.

The WNBA season starts Friday and Phoenix begins its season at home against the Las Vegas Aces.

Russian authorities did not immediately respond to CNN’s request for comment on the State Department’s new classification of the Griner case.