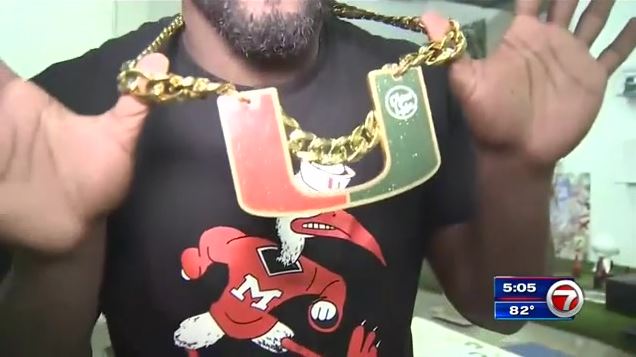 (WSVN) - A University of Miami tradition is coming to an end. The beloved “turnover chain” has been placed in retirement.

The announcement was made officially on Thursday, at the ACC Media Day.

Several months ago, 7News had reported the “turnover chain” tradition would be coming to an end during a one-on-one interview with head coach Mario Cristobal.

The turnover chain was first used during the 2017 season after a Canes defensive interception or fumble recovery.

There have been different versions of the chain ever since.

Back in December, Cristobal said there will be no gimmicks with the university moving forward.

“We just really focus on getting better as a program and had focused on technique, fundamentals, regimentation, academics and that’s what the focus has been on,” said Cristobal. “It is not a shot or form of disrespect to anybody or anyone. We’re just moving in a direction that right now doesn’t involve it.”

Cristobal stressed the chain is not part of the new culture at Miami.

The Canes football team will start their Fall practice the first week of August.