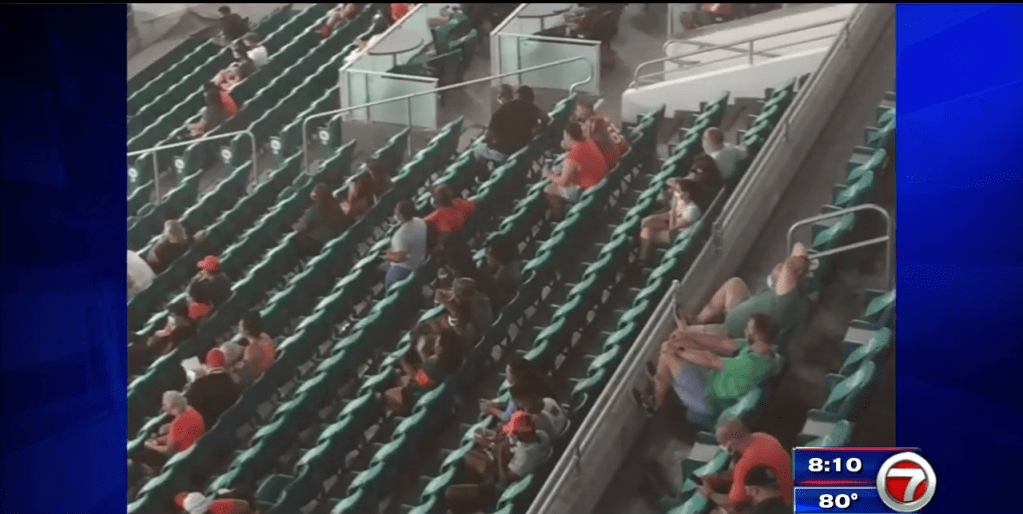 MIAMI GARDENS, FLA. (WSVN) - The Miami Hurricanes kicked off the start of the season with fans in the stands.

On Thursday, only 13,000 fans were able to watch the game while sitting in the stands at Hard Rock Stadium in Miami Gardens.

No more than six people per group were allowed to sit together.

There were no benches on the Canes sidelines and there were separate chairs for the players.

“The thing is, if you think about three, four, five, six months ago, we probably thought we were having no football,” said Canes fan Rico Pradel. “The fact that we actually have an opportunity to be able to be on the field and watch football in general, we just kind of gotta adapt.”

Safety protocols were in place in the midst of the ongoing coronavirus pandemic.

Signs were posted throughout the stadium encouraging fans to social distance, masks were mandatory and no tailgating was allowed.

7News spoke to fans who said they didn’t mind the new normal if it means they can see their team play.

“Nothing is going to bother me as soon as I see D’Eriq King on that football field and I see a brand-new Miami Hurricane football team,” Canes fan Brad Tejeda said. “I drove five and a half hours from Gainesville for tonight.”

“I’ve never seen anything like it but it is what it is,” said Canes fan Keith McCullough. “We didn’t sign up for it but we gotta deal with it.”

“I know we have these precautions, we don’t take it lightly, I don’t think anybody does,” said Canes fan Matt Griffin. “At the same time, I think it’s a great game that needs to be played.”

“This is what I do,” said Canes fan Derek Cole. “I mean, it’s in my blood — it’s orange and green. This is the University of Miami, like there is nothing else. There’s no question: the game is played, I’m here.”

They will play against FSU.