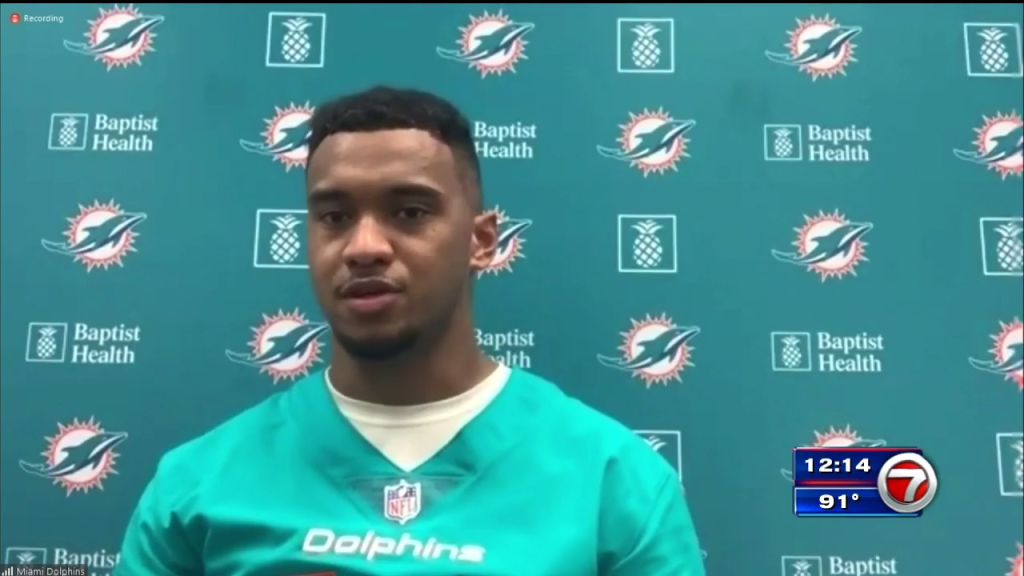 (AP) — When the Dolphins leave the oceanfront and head to the desert to play the Cardinals on Sunday, it will be about more than Tua vs. Kyler.

It’s about two rising teams, perhaps earlier than anyone truly thought logical. Two playoff contenders, with dynamic young coaches, one trained to test defenses with wide-open offensive schemes (Arizona’s Kliff Kingsbury). The other a former assistant in New England (Miami’s Brian Flores) who just might be a product of the Patriots’ coaching tree who can succeed in charge elsewhere.

Arizona (5-2) comes off a bye preceded by a major step, rallying to knock off division leader Seattle in overtime. The defense is coming around, though not like Miami’s.

And there are the young QBs. Kyler Murray was the NFL Offensive Rookie of the Year in 2019. Tua Tagovailoa, as touted as any signal caller coming out of college in years, will make his second start for Miami.

“You get the feeling of who is next up going into the league,” Murray says. “Obviously, Tua had a great college career. I didn’t envision this, but I knew he’d be in the league.”

Twelve months ago, the Dolphins (4-3) were 0-7 under Flores. They’ve since gone from worst to first in points allowed, now giving up 18.6 per game, compared with 34 a year ago.