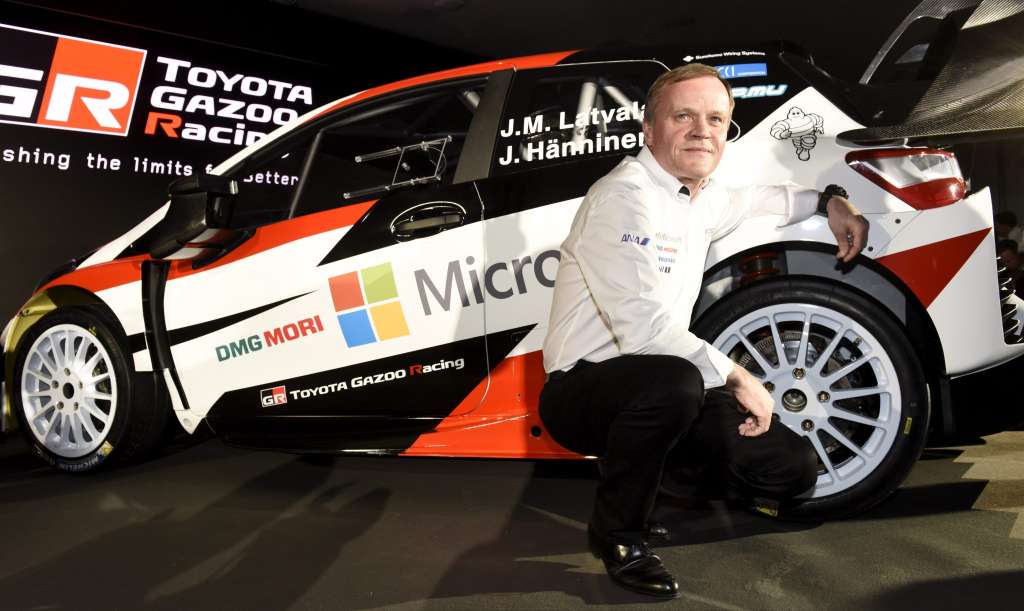 (CNN) — Tommi Mäkinen has come a long way since becoming Finland’s national ploughing champion at the age of 18.

He transferred his tractor skills — learned on his father’s farm in Puuppola — to the world of rally, swiftly becoming a force to be reckoned with. His racing career yielded four consecutive world championship titles between 1996 and 1999, and a total of 24 race wins on the FIA World Rally Championship (WRC) circuit, including five in Finland and four in Monte Carlo.

By the time Mäkinen retired in 2003, he had cemented his legendary status in the sport. But that was not enough. In 2016, he returned to the sport as principal of the TOYOTA GAZOO Racing (TGR) rally team.

From the track to the sidelines

According to Mäkinen, the new job requires many of the same skills as driving. “A driver needs (to be) pretty strong mentally,” he tells CNN Sport. “You need to have a good technical understanding (of the car)… and, of course, you need to understand the soul of the car.”

Mäkinen has transferred his driving skills into management. His experience of both sides helps him to lead the team. As Miikka Anttila, a TGR co-driver, says, “Tommi knows and understands what’s going on in the sport, what is important for us, and what is important for the crew to perform well.”

He has also brought his competitive drive.

“He loves the sport, and he wants to win,” says Tom Fowler, TGR’s chief engineer. “He wants us to be constantly moving forwards, to make sure we’re ahead of the game.”

Building a rally car is not simple. The shell may look like a normal car — TGR’s Yaris WRC looks like a souped-up version of the everyday model — but inside, there are no cushioned seats, automatic windows or air conditioning. It has been stripped to the bare minimum. Every component has been fine-tuned to enhance the vehicle’s aerodynamics, reduce its weight, and ultimately increase its speed.

“We’re learning all the time, from every rally, every stage, every kilometer,” he says.

And that, he explains, is part of the thrill.

“My active career was very, very exciting,” says Mäkinen. “But I’ve always been that kind of person that wants to find new challenges… (Since) we started our racing operation, every day has been different.”

TOYOTA returned to the sport in 2017 after a 17-year absence and it has already made its mark.

In just its second season back in the sport, TGR has registered three wins so far and sits second in the manufacturers’ championship.

Across all forms of motorsport, there has long been a saying: “If you want to win, hire a Finn.”

The Nordic country has a history of breeding some of the world’s best rally drivers. The first “flying Finn” was Timo Mäkinen — no relation to Tommi — who dominated the sport during the 1960s and 1970s. Finnish drivers have won a total of 13 championships since the WRC began in 1979 — second only to France on 15, which has jumped ahead thanks to Sébastien Loeb and Sébastien Ogier.

Finland’s varied conditions, its forested tracks, fast-flowing gravel roads and spectacular jumps make it the perfect testing ground, earning it the title of “the grand prix of rallying.”

Mäkinen is pleased to be working on home ground, with TGR based in Finland.

“Our environment for the test program is absolutely brilliant here,” he says. “Then it’s a question of professionals… (We have) experienced designers, experienced engineers, and experienced drivers.”