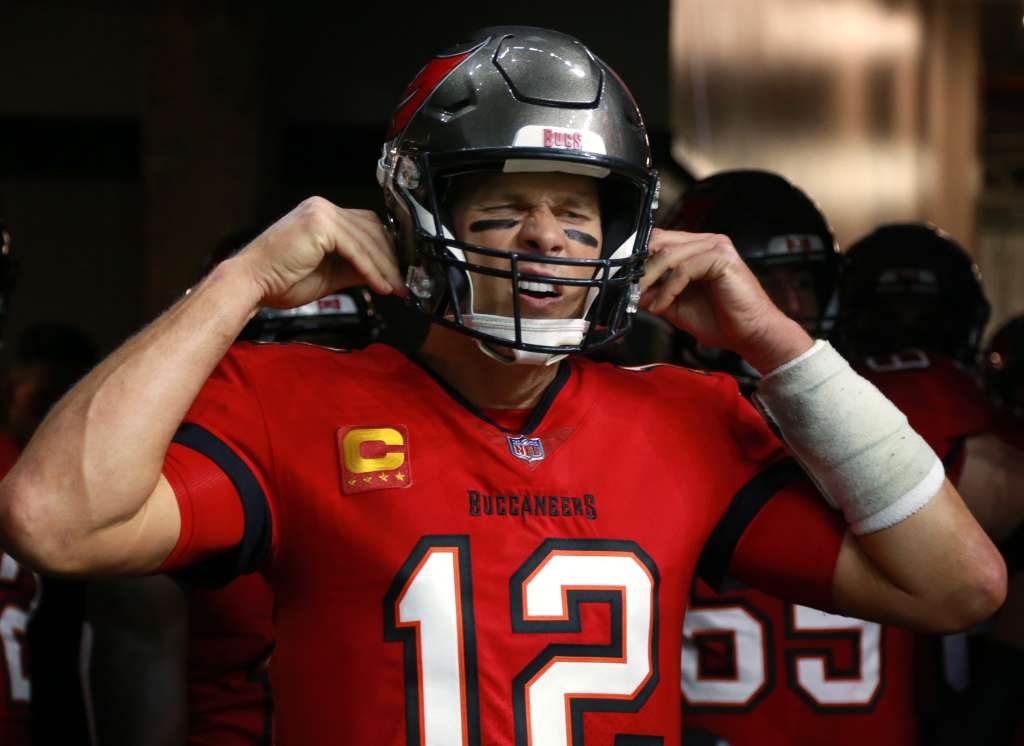 NEW ORLEANS, LOUISIANA - OCTOBER 31: Tom Brady #12 of the Tampa Bay Buccaneers prepares to take the field before the game against the New Orleans Saints at Caesars Superdome on October 31, 2021 in New Orleans, Louisiana. (Photo by Sean Gardner/Getty Images)

(CNN) — It feels like, in the regular season at least, that the New Orleans Saints have Tom Brady’s number.

The legendary quarterback has now lost his last three regular season games against New Orleans since his move to Florida after the Saints beat the Tampa Bay Buccaneers 36-27 on Sunday.

Brady, who was on the winning side in a divisional playoff meeting last season, threw four touchdowns against the Saints but, despite dragging his side back from a heavy deficit, could not get the job done.

With five minutes and 44 seconds left, the 44-year-old threw a 50-yard touchdown pass to Cyril Grayson, which looked to have the Buccaneers on their way, but it wasn’t to be.

With just one minute and 24 seconds on the clock, Saints safety P.J. Williams intercepted Brady and ran 40 yards for a touchdown to help seal a thrilling victory over the Super Bowl champions.

“It’s tough to win when you turn the ball over like we did. So I have to not throw interceptions. That’s the key,” Brady said, reflecting on the loss.

It wasn’t all good news for the Saints, though, after they lost starting quarterback Jameis Winston to a knee injury early in the second quarter.

“I don’t want to say [how bad it is], until I have a chance to talk to the doctors.”

The visitors, who also had backup Taysom Hill unavailable, had to rely on Trevor Siemian who hadn’t thrown a pass since 2019 and not thrown for a touchdown in 1,421 days.

However, the journeyman did just enough to get his side over the line.

“Most are from my mom,” Siemian said, laughing at the number of texts he got after the game.

“It was fun. You play in the preseason, but your reps are so limited.

“I think I kind of lost a little sense of how fun it is when you’re out there in a huddle and in the middle of a drive and you score.

“There’s a joy to this game that you can’t get chasing anything else.”

The Saints next play November 7th as they host the Atlanta Falcons at the Superdome, while the Bucs will have a week off before they look to rebound November 14th away against the Washington Football Team.