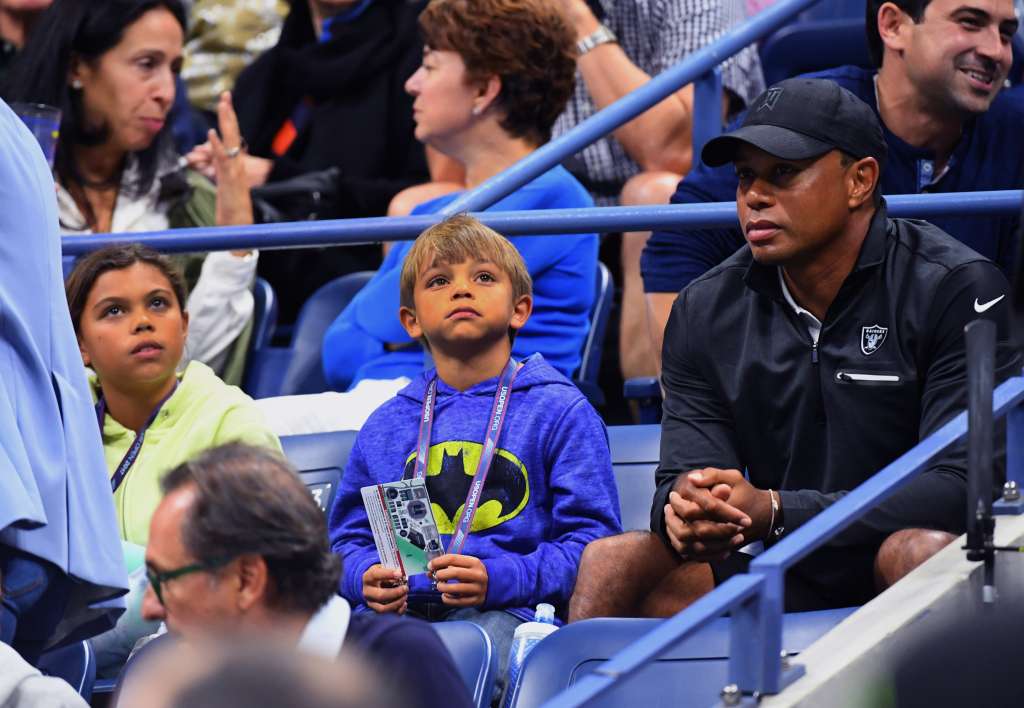 US golfer Tiger Woods, his daughter Sam and son Charlie watch Rafael Nadal of Spain against Juan Martin del Potro of Argentina during their Men's semifinal singles match of the US Open 2017 at the USTA Billie Jean King National Tennis Center on September 8, 2017 in New York. (Photo credit: TIMOTHY A. CLARY/AFP via Getty Images)
CNN

(CNN) — Tiger Woods and son Charlie will play together in next month’s PNC Championship, according to the PGA Tour.

The PNC Championship, formerly known as the Father/Son Challenge, sees some of the top PGA and LPGA Tour players team up with a family member.

Woods, a 15-time major winner, will be competing at the event for the first time.

Charlie, 11, is an accomplished junior player and a video of his impressive swing went viral earlier this year. Woods has caddied for his son on a number of occasions.

“I can’t tell you how excited I am to be playing with Charlie in our first official tournament together,” Woods said in a statement, reported by the PGA Tour. “It’s been great watching him progress as a junior golfer and it will be incredible playing as a team together in the PNC Championship.”