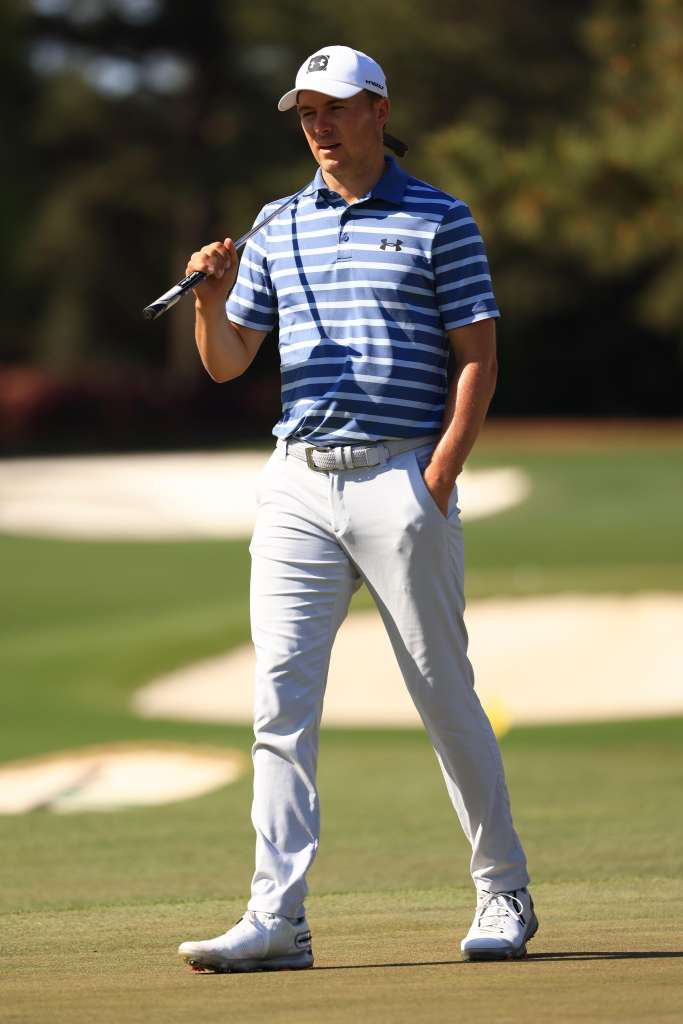 (CNN) — With golf’s Masters tournament getting underway this week, the sight of patrons returning to Augusta National is a sure sign that parts of the sporting world are slowly returning to normal.

The 2020 event took place in November and was staged without spectators amid the pandemic, but this week a limited number of fans are permitted to attend the first men’s golf major of the year.

For 2015 champion Jordan Spieth, who claimed his first victory in nearly four years at the Valero Texas Open on Sunday, it is a welcome boost.

“We’re able to have tickets and we’ve got family and friends coming in, and everyone is just as excited as every other year, if not more so, because they might even be able to see more golf around that Amen Corner stretch,” Spieth told reporters, referring to the 11th, 12th and 13th holes of the iconic course.

“So I think the patrons play such a massive role into this tournament, the echos, the roars down in the valley, and especially come the weekend, it won’t take many people for it to feel close enough to normal to be a fantastic event.”

After ending his winless run in Texas, Spieth now has a shot at winning his second Green Jacket having finished tied for 46th at last year’s Masters — his lowest ever finish at the event.

He admitted that he endured “tough times” in between his two most recent wins — a period that lasted 1,351 days and 83 tournament starts.

“It kind of felt normal, but I think it was more just I wanted that monkey off my back, of it just being a while out of the winner’s circle,” Spieth said of his two-shot victory at the Valero Texas Open.

“You get one 54-hole lead and everyone thinks you’re supposed to win right away, when you haven’t had a 54-hole lead in a long time.

“It was just more like, all right, everybody chill out. It was pretty awesome when I look back and think there’s a next level that I’ve been at that I’m still searching for right now.”

Among the other favorites in this year’s field are defending champion Dustin Johnson, who will host the Champions Dinner on Tuesday, and 2020 US Open champion Bryson DeChambeau

Previous major winners Justin Thomas, Rory McIlroy, Brooks Koepka and Patrick Reed all finished in the top 10 in last year’s Masters and will be hopeful of adding to their major tallies this week.

Were Johnson to win back-to-back Masters titles, he would become the fourth player to do so and the first since Tiger Woods in 2002.