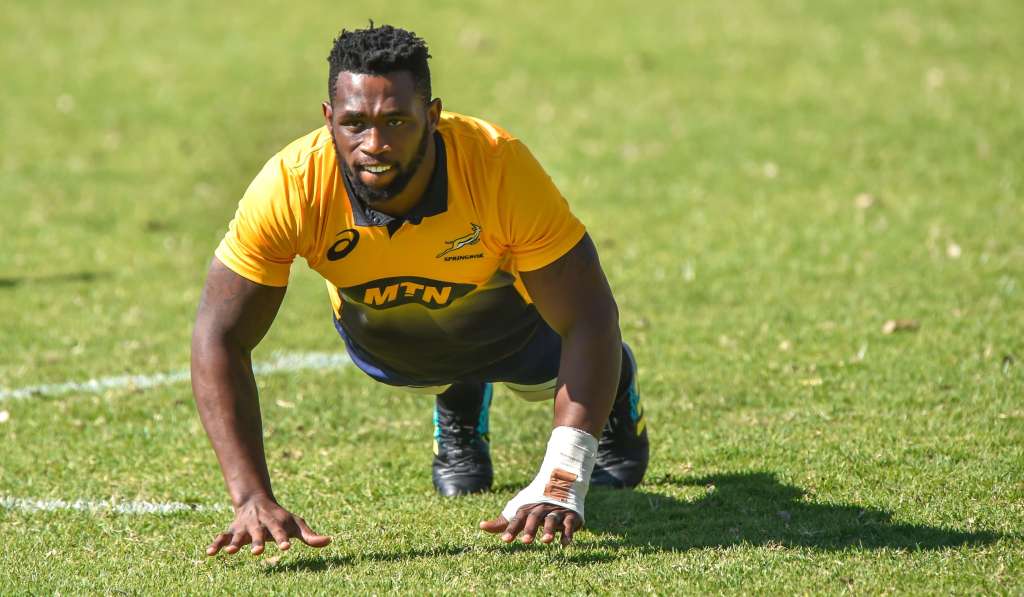 Flanker Siya Kolisi was bestowed with the Springboks armband on Monday, continuing a journey that has seen him ascend from humble beginnings in an Eastern Cape township to the top of international rugby.
CNN

(CNN) — When South Africa’s rugby union team walk out on home turf against England next month, they will be led by their first ever black Test match captain.

Flanker Siya Kolisi was bestowed with the Springboks armband on Monday, continuing a journey that has seen him ascend from humble beginnings in an Eastern Cape township to the top of international rugby.

The news comes three years on from Kolisi’s senior international debut, in which he was named man of the match against Scotland. The 26-year-old has since accumulated 28 Test appearances, scoring four tries.

South Africa’s director of rugby Rassie Erasmus confirmed the historic appointment, also revealing Pieter-Steph du Toit would be entrusted with the captaincy for this weekend’s one-off Testagainst Wales in Washington.

“It’s a huge honour to captain the Springboks and Siya and Pieter-Steph are two honest, hardworking men who enjoy the respect of their fellow players,” said Erasmus.

“I believe both of them will do a good job as captains. My philosophy is that each player must take responsibility for his position and must therefore work extremely hard with that one goal in mind — to make the Springboks successful again.”

Kolisi grew up in the impoverished township of Zwide outside Port Elizabeth, impressing scouts at a youth tournament enough to earn a scholarship at the Grey Junior School — a moment he has described as life changing.

“I started dreaming differently, because I had everything I needed,” he recalled during a recent interview with World Rugby.

In his first provincial trials, he didn’t even have a pair of rugby shorts, instead playing with a pair of silk boxers.

In 2011 he made his senior rugby debut for Western Province, quickly graduating to the Super Rugby side DHL Stormers where he currently plies his trade.

“I was given the opportunity and I took it with both of my hands,” said Kolisi, who captains Stormers. “Every time I step on [the pitch], I want to inspire everyone that’s been in my situation.

“You can always make it, as long as you believe. Your past doesn’t determine your future.”

The Springboks host England in a three-match series, kicking off at Johannesburg’s Ellis Park on June 9.

Chiliboy Ralepelle was the first black player to captain South Africa. He skippered the Springboks in a clash against a World XV in 2006, but the match did not have Test status.