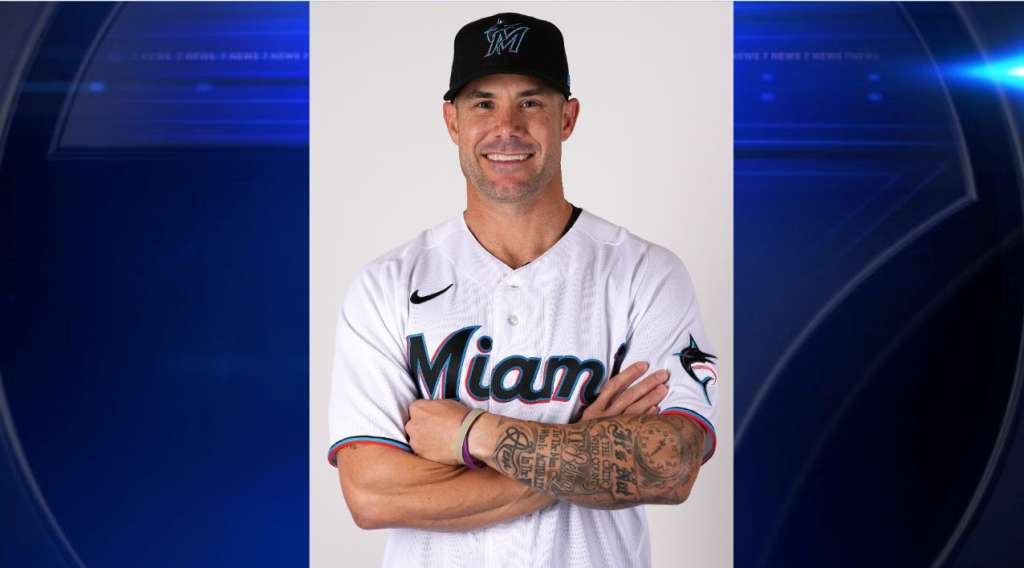 MIAMI (AP) — Skip Schumaker thought his meeting with the Miami Marlins might last an hour. Turns out, he’ll be around them for quite a bit longer.

Schumaker was introduced as the Marlins’ manager on Thursday, a little over a week after accepting the job and replacing Don Mattingly at the helm in Miami. Schumaker, now a manager for the first time, is the 16th skipper in team history.

“It just felt right,” Schumaker said. “High-character people, people that I wanted to be around.”

Schumaker comes to Miami from St. Louis after spending this season as the Cardinals’ bench coach. The Marlins reached out a couple days after the Cardinals were eliminated from the playoffs by the eventual NL champion Philadelphia Phillies, asking him to meet in San Diego.

Schumaker made the relatively short trip from his Southern California home to that meeting, not exactly expecting much. An hour turned into three hours, followed by a second interview in New York, and now a new chance in Miami.

Marlins general manager Kim Ng said Schumaker left an impression by talking about winning from the outset of their first meeting.

“Winning doesn’t come easily, honestly,” Ng said. “And there are a lot of steps to it. You not only have to have your process, but you have to have execution.”

The Marlins surely have learned that by now. Schumaker is inheriting a club that has posted 12 losing records in the last 13 seasons, finished 69-93 this year and plays in a division that has the 2021 World Series champion in Atlanta, a 2022 World Series participant in the Phillies, and a 101-win team in the New York Mets.

He doesn’t sound deterred by the depth of the division.

“We’re ready to win,” said Schumaker, a winner of two World Series titles as a player with the Cardinals. “How do we get to the postseason is what I’m concerned about every single day as a coach. Not just one year, but year after year after year.”