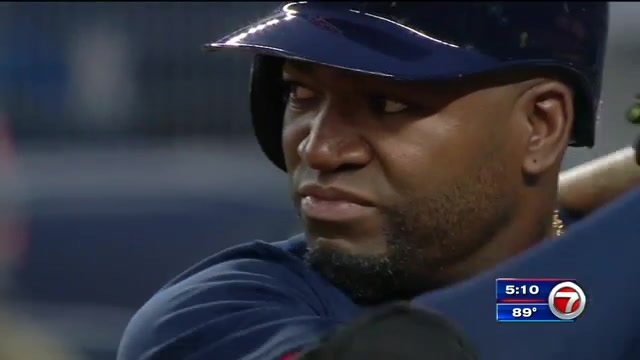 BOSTON (AP) — Former Red Sox slugger David Ortiz says he is glad to be home with family after a botched assassination attempt in his native Dominican Republic.

More than seven weeks after he was shot, Ortiz said on Instagram in his first public comments, “Being at home and look at my family celebrating that lm here safe is priceless.” Ortiz was released from a Boston hospital on Friday.

He also thanked fans for their prayers. The post included pictures of a steak, pasta and grilled fish. Ortiz said, “Too bad l can’t crush food yet!!!!”

Ortiz was shot in the back at a Santo Domingo nightclub June 9 by a hit man who police say was supposed to be targeting a different man. Ortiz was brought to Boston the next day needed three operations before he was released.