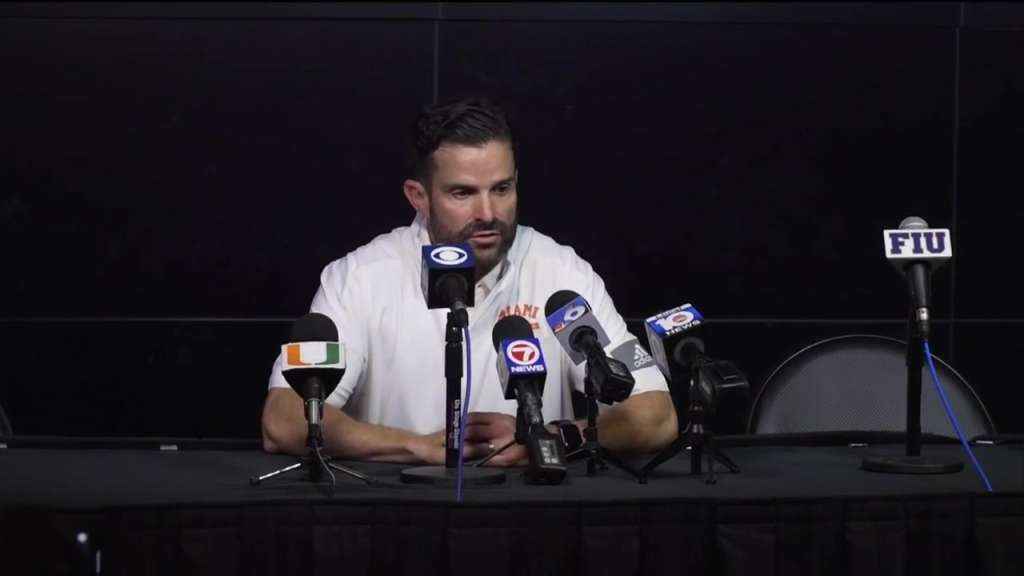 STATE COLLEGE, Pa. (AP) — Former Miami coach Manny Diaz was hired as defensive coordinator at Penn State less than a week after he was fired by the Hurricanes.

Diaz, 47, was a longtime defensive coordinator, with stints at Mississippi State, Louisiana Tech, Texas and Miami before becoming the Hurricanes’ head coach after the 2018 season. He went 21-15 leading Miami but was let go on Monday and replaced with Mario Cristobal.

“Manny is a veteran defensive play caller whose head coaching experience will bring tremendous value to our organization,” Penn State coach James Franklin said Saturday in a statement. “He has an innovative approach to complement his extensive Xs & Os knowledge which he developed through his stops at multiple Power Five conferences. Manny’s defensive philosophy is in line with our scheme and will help in the transition with our current team.”