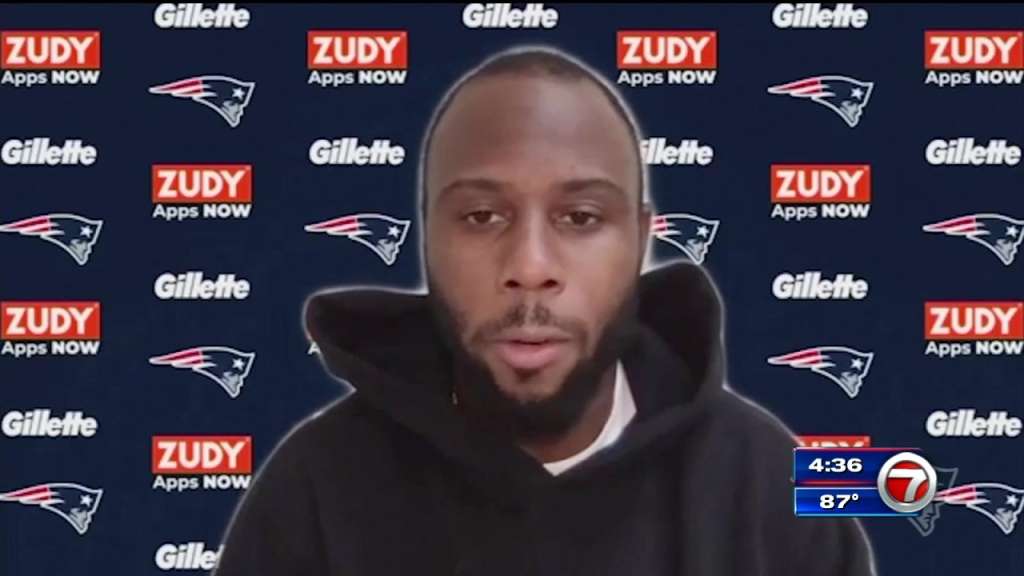 (WSVN) - New England Patriots running back James White returned to the football field for the first time since his father, a Miami-Dade Police captain, was killed and his mother was hospitalized after a car crash in Cooper City.

James White played against the Kansas City Chiefs on Monday in his first game since the death of his father, Tyrone White. The NFL veteran shared his pain while speaking to reporters following the game.

“I’m doing all right, just taking it day by day,” White said. “Being out on the football field kind of eased my mind a little, just trying to push through. That’s what my dad would want me to do. Just trying to take it one day at a time.”

White’s father was killed and his mother was hospitalized in a violent crash in September in Cooper City.

According to the Broward Sheriff’s Office, White’s parents were making a left turn onto Southwest 118th Avenue when the other driver’s car hit the passenger side of their car. The Whites’ car then slid, hit a curb and rolled over before it landed on its roof.

The crash happened hours before the Patriots were set to play against the Seattle Seahawks.

The running back received an outpouring of support from both teammates and fans.

“My teammates were there for me every step of the way,” White said. “The atmosphere in the locker room, from text to phone calls, tweets, old teammates, fans, everybody reaching out meant a lot.”

White has spent the last two weeks grieving the loss of his father as his mother remains in the hospital.

“Been around my wife, my son, my teammates, just trying to uplift me,” White said.

According to White, his mother is improving every day.