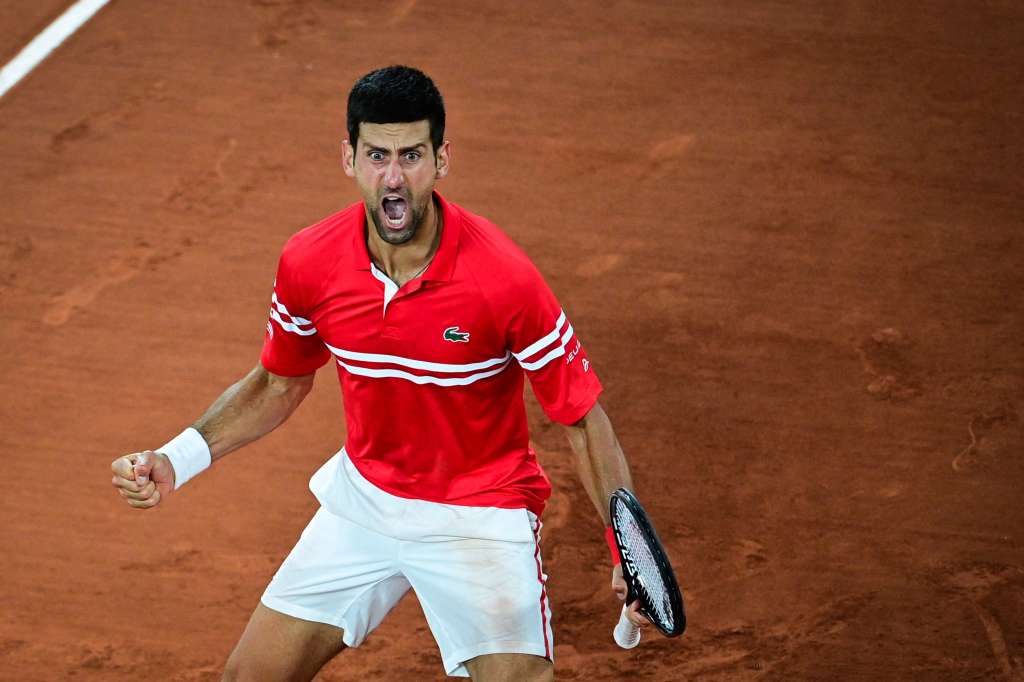 (CNN) — A pumped up Novak Djokovic let out a series of guttural screams after edging past Italy’s Matteo Berrettini on Wednesday to reach the semifinals of this year’s French Open.

The match had looked like a formality for Djokovic who breezed through the opening two sets but Berrettini rallied in the third to produce a thrilling conclusion to the quarterfinal, which even saw the world No. 1 suffer cuts on his hands after a dramatic fall.

Both players also had to contend with a break in play midway through the fourth set with supporters obliged to leave in accordance with Paris’ 11 p.m. Covid-19 curfew.

A group of fans remained seated and booed the instructions, forcing both players off the court until the stadium was emptied.

Despite the distractions, the fiery Djokovic took advantage of a third match point in the fourth set, sparking wild-eyed celebrations directed towards his box.

“This match had it all: falls, crowd, break,” Djokovic told reporters after the match. “It was a lot of intensity. I just felt under tension the entire time and missed some chances to end it in three.

“It was just super, super stressful to constantly be under pressure […] the reaction in the end was just me liberating that tension that was building up for the entire match.”

Djokovic will now face Rafael Nadal on Friday for a place in the final at Roland Garros. The pair have enjoyed an intense rivalry throughout their careers with Djokovic leading the head-to-head 29-28.

However, Nadal is dominant on clay and won his 13th French Open title last October by thrashing Djokovic in the final.

“It’s not like any other match. Let’s face it, it’s the biggest challenge that you can have playing on clay against Nadal on this court. It doesn’t get bigger than that,” Djokovic said after winning his quarterfinal.

“There’s that extra tension and expectations. The vibes are different walking on the court with him. But that’s why our rivalry has been historic I think for this sport.

“I’m confident. I believe I can win, otherwise I wouldn’t be here. Let’s have a great battle.”