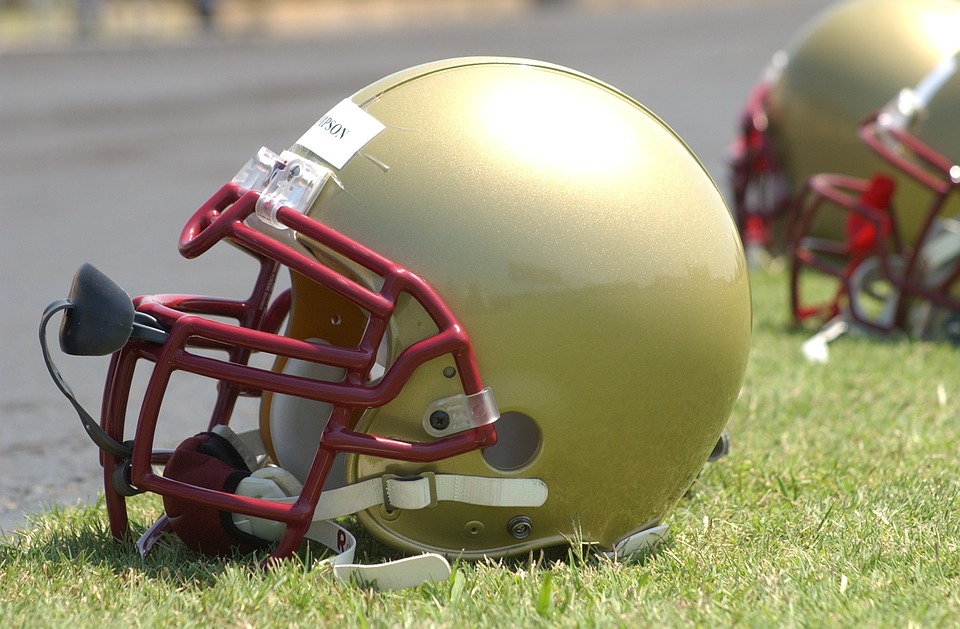 Visceral blowback to the NFL’s updated rule that players can’t lead with their helmets to make contact is straight out of tough-guy football 101. Hard-hitting defensive backs say the league is destroying the physical element of the game or lament that it’s changing the sport entirely.

Beyond the criticism from old-school players bristling at another rule change or point of emphasis is legitimate confusion as to how the enhanced regulations will actually be enforced. No longer can a player initiate contact with his head anywhere on an opponent’s body, penalized 15 yards or possibly by ejection in egregious cases, and players and coaches — offensive guys, too — are bracing for how it will be applied.

“You just hope it’s not called as frequently, because if they are going to call it on every single offensive and defensive lineman, the game is going to be played at a snail’s pace,” 49ers cornerback Richard Sherman said. “It seems like they are neglecting the impact it is going to have on the game, and I don’t think they fully understand the scope and how huge it will be.”

Contact to a player’s head and neck has been a penalty for some time now, but this rule was ramped up to take it a step further. A ball carrier or an offensive lineman can’t lower his head into a defender, and a defensive player can’t make any part of his helmet the primary point of contact when attempting to tackle.

It’s similar to the NCAA rule that has been in place since 2013, though at the college level, “targeting” carries an automatic ejection, reviewable by replay. The league estimated that just two plays last season would’ve led to an ejection under the new rule that’s forcing players to adjust their approaches.

“It’s really hard to change the way you’ve been playing after 20 years,” Cowboys safety Jeff Heath said. “You’re not always thinking about where you’re hitting somebody. You’re just trying to get them down. As soon as you start thinking, and second-guessing yourself, I think that’s when trouble happens. Hopefully it does the job in keeping players safe but doesn’t result in a lot of ejections.”

As the NFL alters this rule and another to kickoffs in the name of safety, some players are willing to accept the reasons for changes. Denver’s three-time All-Pro linebacker Von Miller said, “They’ve put in rules to take care of all the players, as well, so I’m good with all the rule changes.”

Seahawks coach Pete Carroll said he used to fight the evolution of football “like an old dog,” but has come to accept changes in the name of doing the right thing for players. He expects there to be a wide application of the enhanced helmet rule and doesn’t consider it such a bad thing.

“I think it’s across the board because it can happen multiple times on any play, where guys use the top of their helmet,” Carroll said. “We’re just getting out of it. It’s really about going back to really good shoulder-leverage play.”

That’s how Josh Norman feels about it. The Washington Redskins cornerback knows he has accidentally made helmet contact with opponents, but as a player not known for those plays considers this a reminder about sound fundamentals.

“Head up, bowed neck, tackle with your facemask,” Norman said. “It’s not with the crown of your head. Obviously injuries come. People get paralyzed like that. Nobody should play like that.”

To get the message across, coaches Anthony Lynn of the Chargers, Doug Marrone of the Jaguars, Dan Quinn of the Falcons, Mike Vrabel of the Titans and Todd Bowles of the Jets each narrated a clip-by-clip video illustrating how the enhanced rule affects a different position group: running backs , offensive linemen , defensive linemen , linebackers and defensive backs . Hall of Fame running back Curtis Martin and linebackers Willie Lanier , also a Hall of Famer, and Willie McGinest taped minute-long videos explaining to players the importance of stance posture and technique to avoid unnecessary head contact.

In the first test of the heightened emphasis on head contact, Baltimore linebackers Patrick Onwuasor and Kamalei Correa were each flagged for 15-yard penalties in the Hall of Fame game that opened the preseason. Watching that gave Denver coach Vance Joseph a glimpse of what effect the helmet rule will have, pointing out it’s not just on players to adjust.

“Coaching that part, in my opinion, is going to be the tough part — not the defenders,” Joseph said. “That’s been taught and that’s been coached for a long time, with the offensive guys using their stiff arm and putting the ball in the proper hand, using their shoulders versus their head. It’s going to take teaching.”

It’s going to take some trial and error in games for players and officials to realize how it will actually be called. Veteran Bills linebacker Lorenzo Alexander figures it could happen somewhere on the field on any play, so he and his teammates will try to toe the line between watching out for it and not thinking so much that it proves costly.

“You can’t really change your mindset,” Buffalo safety Micah Hyde said. “That’s when you start playing passive, and you start giving up stuff. I don’t know, it’s kind of hard to explain, it’s kind of when your ankle’s hurt, you tape it, you’re thinking about it, and then you might hurt something else. It’s the same along those lines, you can’t really think about it: Just go out there and play football.”