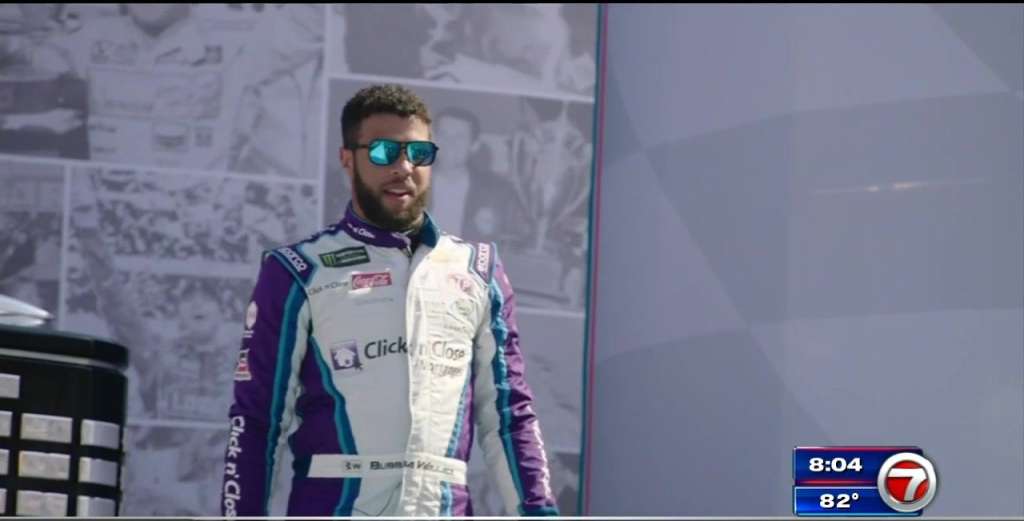 (CNN) — NASCAR drivers are planning a show of support for Bubba Wallace on Monday at the Talladega Superspeedway in Alabama a day after a noose was found in his garage.

A NASCAR driver told CNN that drivers are planning to push Wallace’s No. 43 car to the front of the grid all together and then stand around his car for the National Anthem. Further details are still being worked out, the driver said.

The race is set to begin at 3 p.m. ET in Lincoln, Alabama, after rain Sunday delayed the event by a day.

The discovery of the noose Sunday afternoon in Wallace’s garage stall comes as the United States, and NASCAR in particular, more squarely address America’s systemic racism in the wake of the police killing of George Floyd.

Wallace, the only Black driver in NASCAR’s top circuit, has been an outspoken advocate of the Black Lives Matter movement and the corresponding protests against racism and police brutality. He wore an “I Can’t Breathe” shirt before one event, repainted his car with the “Black Lives Matter” phrase and pushed NASCAR to ban the Confederate flag.

NASCAR said it is investigating the noose, and federal investigators said they will review the incident as well.

“We are angry and outraged, and cannot state strongly enough how seriously we take this heinous act,” NASCAR’s statement read. “We have launched an immediate investigation, and will do everything we can to identify the person(s) responsible and eliminate them from the sport.”

The racing organization said there is no place for racism in NASCAR and that the incident “only strengthens our resolve to make the sport open and welcoming to all.”

In addition, the US Attorney’s office for the Northern District of Alabama, FBI and the Department of Justice Civil Rights Division are reviewing the incident, US Attorney Jay E. Town said in statement.

“Regardless of whether federal charges can be brought, this type of action has no place in our society,” Town said.

A source with Richard Petty Motorsports told CNN that Wallace never saw the noose. A member of his team discovered it and immediately brought it to NASCAR’s attention, the source said.

Wallace tweeted Sunday that the “despicable act” left him “incredibly saddened and serves as a painful reminder of how much further we have to go as a society and how persistent we must be in the fight against racism.”

“This will not break me, I will not give in nor will I back down. I will continue to proudly stand for what I believe in,” Wallace said.

NASCAR told CNN the garage area where the noose was found is restricted to essential personnel, which includes race teams, NASCAR officials, security and health and safety personnel.