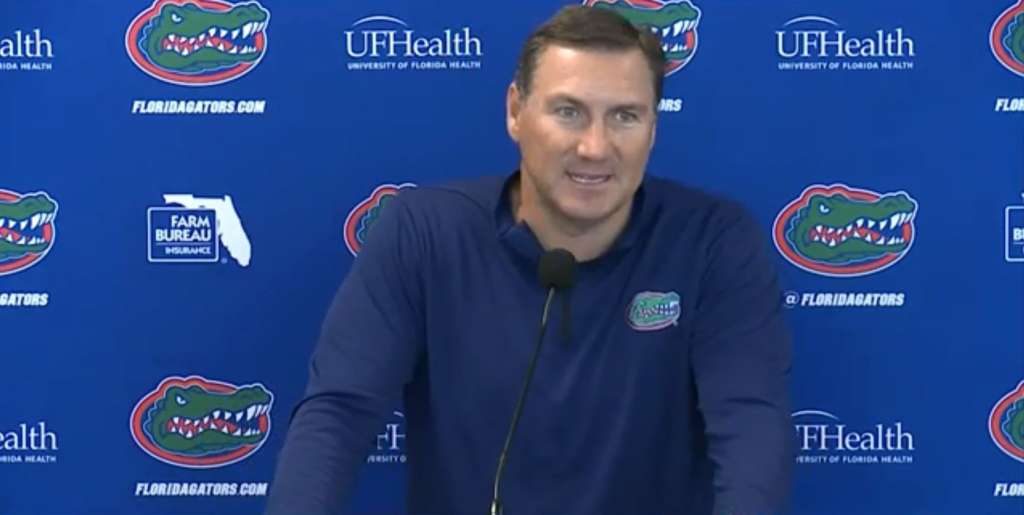 GAINESVILLE, Fla. (AP) — Florida coach Dan Mullen had a message for his players this week: great teams don’t peak at the midpoint of the season.

The sixth-ranked Gators enjoyed their most significant victory in Mullen’s three-year tenure last Saturday, a 44-28 victory against rival Georgia in Jacksonville that gave them a stranglehold on the Southeastern Conference’s Eastern Division.

Florida (4-1) has enough cushion in the East that it could lose once and still make the league title game in Atlanta next month. But with the College Football Playoff still a possibility, Mullen wanted to make it clear how much his guys have in front of them.

“If you want to be a great team, great teams get better every single week,” Mullen said. “Great teams don’t peak at the midway point of the season. Great teams peak in early, mid-December, and early, mid-January.

“Those are your peak moments as a team. For us, that’s got to be our goal and our focus this week. If we don’t improve, last week was really irrelevant.”

Florida begins the second half of its season against surprising Arkansas (3-3) on Saturday night in the Swamp. Razorbacks quarterback Feleipe Franks will be a main storyline as he returns to Florida Field for the first time to face his former team.

“Just being the competitor I am, being able to be a part of those stories is awesome,” Franks said. “It’s a blessing at the end of the day.”

Franks was a three-year starter for the Gators before dislocating and fracturing his right ankle at Kentucky early last season. Faced with long odds of regaining the starting job over Trask, Franks chose to transfer.

He landed at Arkansas and has been instrumental in the team’s turnaround. He has 14 touchdown passes and three interceptions, including six scores and no picks in the last two games.

Friends and ex-teammates are eager for the reunion, some ready for a special greeting.

If 17 1/2-point underdog Arkansas is going to have a chance at pulling an upset, it probably has to get to Florida’s Kyle Trask. He already has 22 touchdown passes this season, including at least four in every game.

“We’re tough, physical, we don’t back down from any opponent,” Arkansas defensive lineman Eric Gregory said. “We’re going in like it’s any other game. We’re going to go play with a chip on shoulder.”

Florida, meanwhile, expects to heed Mullen’s message and avoid any kind of letdown after being Georgia for the first time since 2016.

“We can’t get complacent,” Houston said. “We know it was a big win, but we celebrated on Saturday and Sunday, and now it’s time to move on and get better so we can win out the rest of the season.”

Arkansas will be without coach Sam Pittman, who tested positive for COVID-19 earlier in the week and has been helping with the game plan virtually. Defensive coordinator Barry Odom will serve as interim coach, hoping to upset the Gators like he did as Missouri’s head coach in 2018.

“It’s really not a big loss because we have other great coaches,” Gregory said. “We consider it the best coaching staff in the SEC, so it’s not really a big drop-off.”

Florida could be without star tight end Kyle Pitts because of a concussion. Pitts was knocked out of the Georgia game in the second quarter on Lewis Cine’s crushing blow over the middle. Cine was ejected for targeting. Pitts spent the rest of the game in the locker room and was listed as questionable for the game.

Tropical Storm Eta brought strong wind and heavy rain across northern Florida on Thursday, but the weakening system was expected to have no bearing on the game or any travel paths to Gainesville.