Morris aims to play when No. 15 Miami visits USF 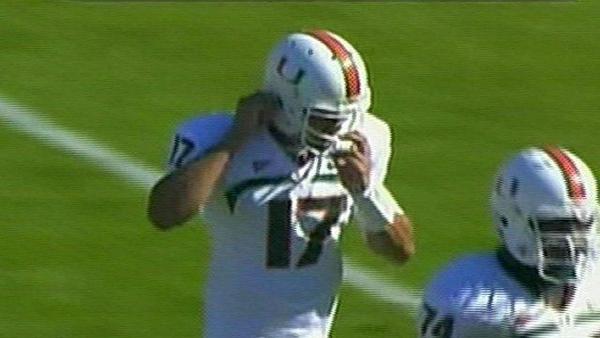 Morris left with 8:51 left in the first quarter of Miami’s 77-7 win over Savannah State this past weekend with what was originally thought to be a sprained right ankle, though it was later diagnosed as a bone bruise according to Hurricanes coach Al Golden.

Morris was on the field while his teammates were practicing Monday. Wearing a baseball cap instead of a helmet, Morris’ involvement was limited to tossing a football around, though he moved without much of a noticeable limp.