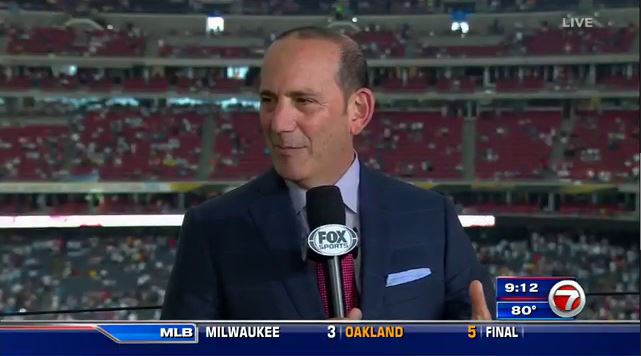 MLS Commissioner Don Garber told FOX Sports 1 host Rob Stone, that David Beckham has officially broke ground with a new investor. “This is the never-ending Miami saga, Rob. But hey, as you probably read, a new investor has been engaging with David Beckham and his partners,” said Garber. “They have secured land. I think, morose than ever before, Miami is really looking like it’s going to be in our league, playing in 2018. We’ve been feeling good about it for a while, and now we’re feeling better about it than ever before.”

The Sun-Sentinel reported that David Beckham and his group purchased private land in March for their Miami-based stadium.

FS1 commentator Fernando Fiore added that he, among many, are anxious for a MLS team in South Florida. “I’m from Miami … Everybody has been waiting for that team for so long. There are going to be so many foreign players that want to come and play in the U.S., especially Miami.”