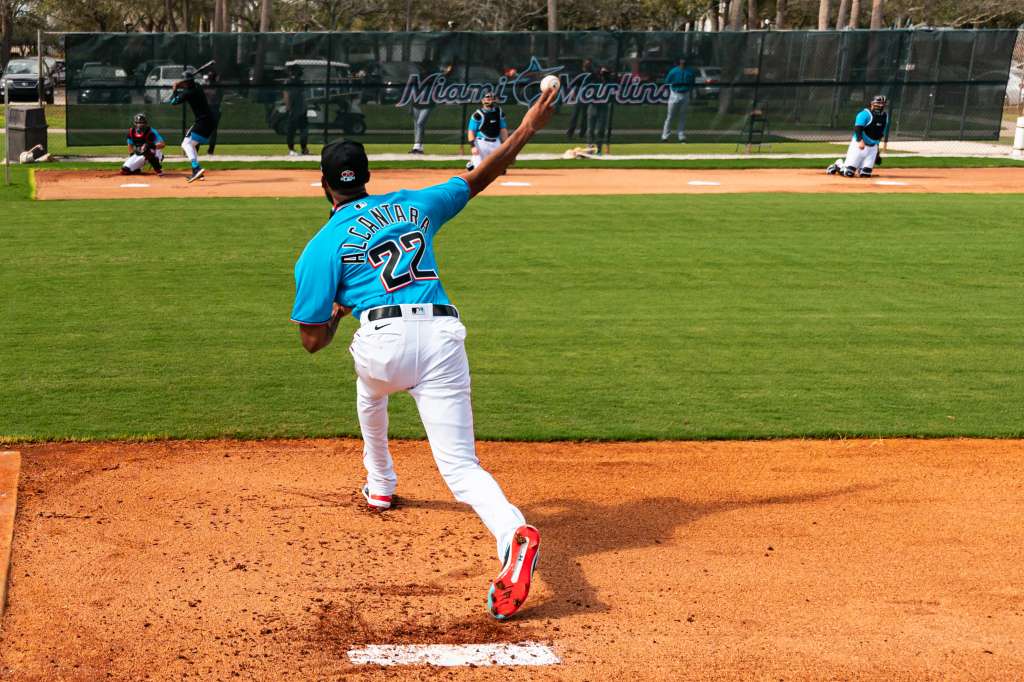 MLB will experiment with a 12-inch greater distance between the mound and home plate during a portion of the Atlantic League season in an effort to decrease strikeouts and increase offense.

The pitching rubber will be moved back to 61 feet, 6 inches starting Aug. 3 during the second half of the independent minor league’s season.

“It’s a direct response to the escalating strikeout rate, where you’re giving the hitter approximately one one-hundreth of a second of additional time to decide whether to swing at a pitch, which has the effect just in terms of reaction time of reducing the effective velocity of a pitch by roughly 1.5 mph,” said Morgan Sword, MLB’s executive vice president of baseball operations. “The purpose of the test and hope is giving hitters even that tiny additional piece of time will allow them to make more contact and reduce the strikeout rate.”

In 2019, the last full season, strikeouts set a record for the 12th consecutive year at 42,823, up 33% from 32,189 in 2007. Strikeouts exceeded hits the last three seasons after never occurring before in major league history.

MLB calculated the average fastball velocity last year at 93.3 mph and estimated the increased distance would decrease the equivalent to 91.6 mph.

Many baseball purists oppose changing distances on the field. Commissioner Rob Manfred has been open to considering innovations to a tradition-bound sport.

“That seems pretty drastic, but again I think those are things that, you know, sometimes the craziest of ideas end up having some traction,” New York Yankees manager Aaron Boone said. “I think that it’s important that you try these things out when you’re trying to consider different things in a league where you can kind of really take some information and see how it works out.”

Two years ago, MLB announced that Atlantic League mounds would be moved back 24 inches to 62 feet, 6 inches, for the second half of that season but then abandoned the experiment before it began.

In addition, the MLB partner league will have an experimental “double-hook DH” rule in which a team would lose its designated hitter when its starting pitcher leaves the game. That will be in effect the entire season, which starts May 27, and the goal is to encourage managers to leave their starting pitchers in games longer.

The Atlantic League will continue use of the automated ball-strike computer umpire system that it started with in 2019. The ABS will be used in some Low-A Southeast League games this season.

In a change, the strike zone in the Atlantic League this year will be two-dimensional, measuring at the front of home plate, rather than three-dimensional.

“One we think will better match the human zone people are expecting,” Sword said.

The Southeast League also will use a two-dimensional zone, but it will run on the Hawk-Eye system of cameras and the Atlantic League will use TrackMan radar system. MLB’s Statcast system switched from TrackMan to Hawk-Eye for the 2020 season.

“We’re talking about but we haven’t made a firm decision yet of whether to modify the geometry of the Atlantic League strike zone a little bit,” Sword said. “The zone that’s actually called by major league umpires is kind of like an oval. And going to a two-dimensional zone that has corners in it is going to be pitcher friendly because you’re adding space to the strike zone.

Other experimental minor league rules this year require infielders at Double-A to keep both feet in the infield at the start of every play; the use of 18-by-18-inch bases at Triple-A rather than 15-by-15 and a limit of two step off or pickoff attempts per plate appearance at Low-A with at least one runner on base.

The designated hitter was adopted by the American League in 1973 and was used in all major league games during the 2020 season due to pandemic rules. Its possible extension to the National League is expected to be discussed during bargaining between MLB and the players’ association this year.

The Atlantic League will use the 18-inch bases, which were part of the 2019 experiment, but the league decided to do that on its own this season. The rule that a pitcher face three batters or end the half-inning that was used by the Atlantic League in 2019 was adopted by the major leagues in 2020.