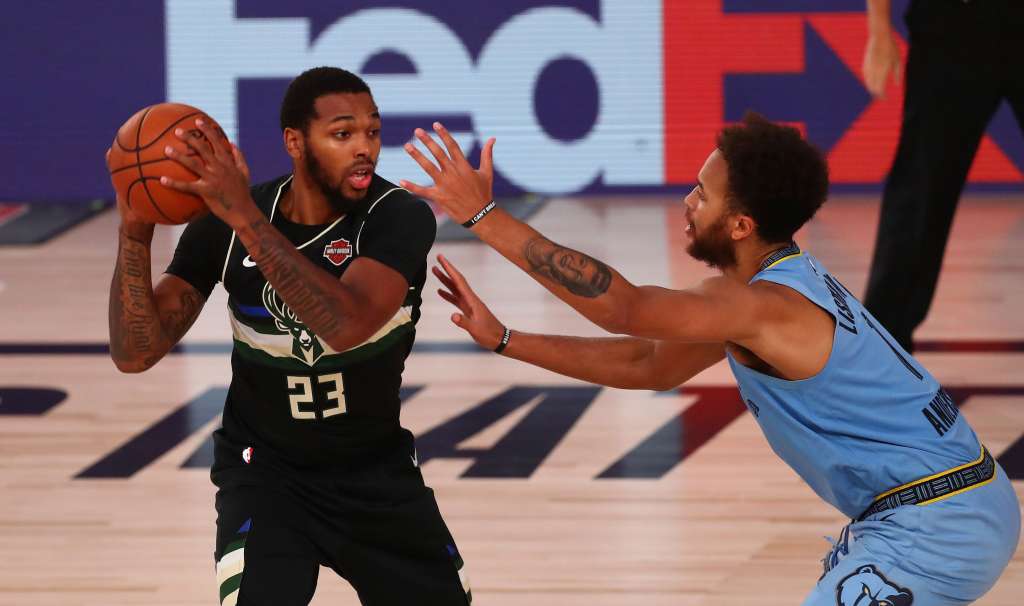 (CNN) — The Milwaukee Bucks decided to boycott their playoff game Wednesday with the Orlando Magic following the police shooting of Jacob Blake in the Bucks’ home state of Wisconsin. .

The game broadcast on NBA TV reported the players sat out in protest.

The game was scheduled to begin at 4 p.m. at Disney World in Orlando. The Bucks did not emerge from their locker room before the scheduled tip.

The NBA and the NBPA today announced that in light of the Milwaukee Bucks’ decision to not take the floor today for Game 5 against the Orlando Magic, today’s three games – MIL-ORL, HOU-OKC and LAL-POR have been postponed. Game 5 of each series will be rescheduled.

“Some things are bigger than basketball,” Bucks senior vice president Alex Lasry wrote on Twitter. “The stand taken today by the players and org shows that we’re fed up. Enough is enough. Change needs to happen. I’m incredibly proud of our guys and we stand 100% behind our players ready to assist and bring about real change.”

NBA players from multiple teams have voiced their opinion that not enough is being done about police killings. Several were asked about the possible boycott over the last 24 hours. Many said it was being discussed.

The league opted to postpone Game 5 of three different series.

“The NBA and the National Basketball Players Association today announced that in light of the Milwaukee Bucks’ decision to not take the floor today for Game 5 against the Orlando Magic, today’s three games — Bucks vs. Magic, Houston Rockets vs. Oklahoma City Thunder and Los Angeles Lakers vs. Portland Trail Blazers — have been postponed. Game 5 of each series will be rescheduled,” the NBA said in a statement.