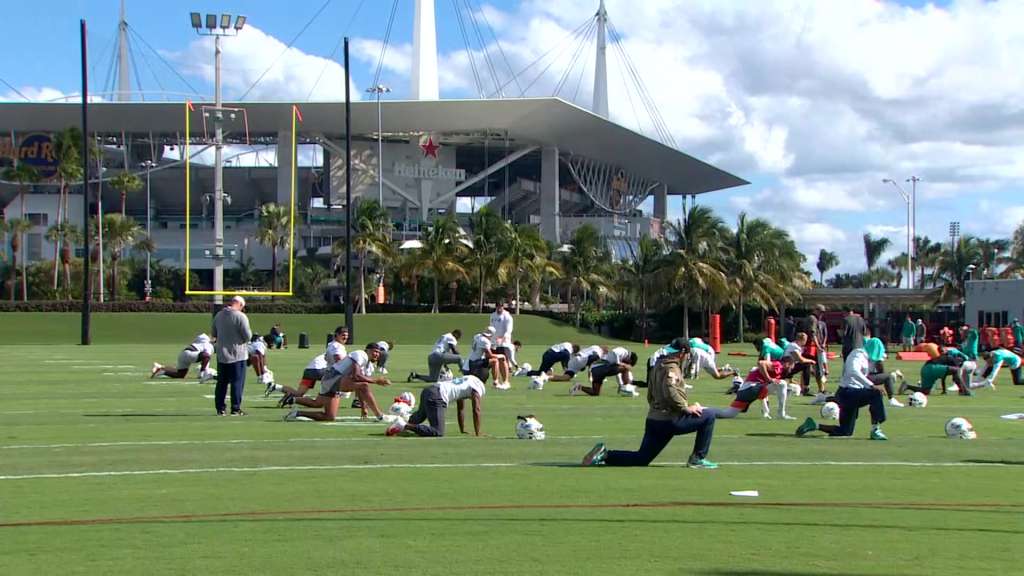 Tagovailoa has been out since suffering a concussion in a Week 16 loss to Green Bay. Bridgewater, who started in last week’s loss to New England, injured his finger and couldn’t finish the game.

Coach Mike McDaniel has not named a starter for Sunday’s pivotal regular-season finale, in which the Dolphins could make the playoffs with a win over the New York Jets. Miami would also need New England to lose to Buffalo.

After starting the season 8-3, Miami has lost its past five games.

McDaniel said Bridgewater’s availability is uncertain, which is what led the team to sign Glennon. Bridgewater will participate in ball-handling drills this week, but can’t throw a football yet. Tagovailoa will not practice Wednesday.

Rookie Skylar Thompson entered last week’s game after Bridgewater’s injury and completed 12 of 21 passes for 104 yards, a touchdown and an interception.

“Skylar does his best — like most quarterbacks, but especially young in your career and in Year 1 of the system — he does best with practice reps,” McDaniel said. “And I think we saw a taste of that against Minnesota until he got injured. I think he has an athletic component to his game that sneaks up on people because he does most of his work in the pocket.”

Glennon most recently played for the Giants in 2021, starting four games. He has made 31 starts in 41 appearances with stints in Tampa Bay, Chicago, Arizona, Oakland and Jacksonville.

“He’s a quarterback through and through,” McDaniel said, “has been through multiple systems, understands what it takes for him to be able to speak the language in a fast amount of time, and I think he plays the position aggressively with toughness that I really respect.”