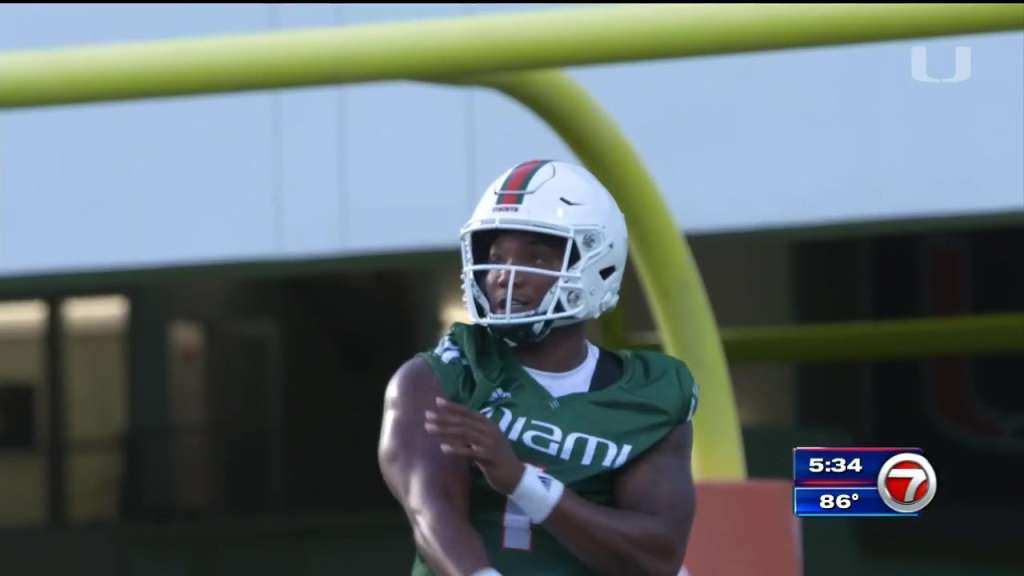 The Hurricanes said Thursday an MRI a day earlier confirmed the tear. King will have surgery in the coming days and the Hurricanes expect him to be ready for training camp — which will begin about seven months after the ligament is repaired.

Miami’s opener next season is scheduled for Sept. 4 in Atlanta against Alabama.

“I’ll be fine,” King wrote on Twitter in a message to well-wishers.

The Hurricanes went 8-3 this season, the best record among the seven FBS schools in the state of Florida. King, in first season at Miami following his transfer from Houston, was a big reason for that. He started every game for the Hurricanes, passing for 2,686 yards and 23 touchdowns while also rushing for 538 yards and four more scores.

King completed 64.1 percent of his passes, the second-best single-season completion percentage for any Miami quarterback and one that qualifies him as, for now anyway, the most accurate passer in Hurricanes history.

“We are obviously disappointed for D’Eriq but we know he is in great hands with our medical staff,” Miami coach Manny Diaz said in a message posted to social media. “D’Eriq is the leader of this football team and we know that he will approach his rehabilitation with the same tenacity that he has approached every facet of his game since he arrived on our campus.”

King announced last week he will not enter the upcoming NFL draft and would return to Miami for a sixth season of college football. He spent parts of four seasons at Houston before electing to end his 2019 season after four games, preserving his final year of eligibility and ultimately deciding to use it at Miami.

The NCAA is allowing players to extend their eligibility for another year in response to the coronavirus pandemic and how it shortened some seasons or kept some athletes from their sports entirely. That’s why King can return in 2021.

“We can’t wait to see him back on the field leading our team in August,” Diaz said.