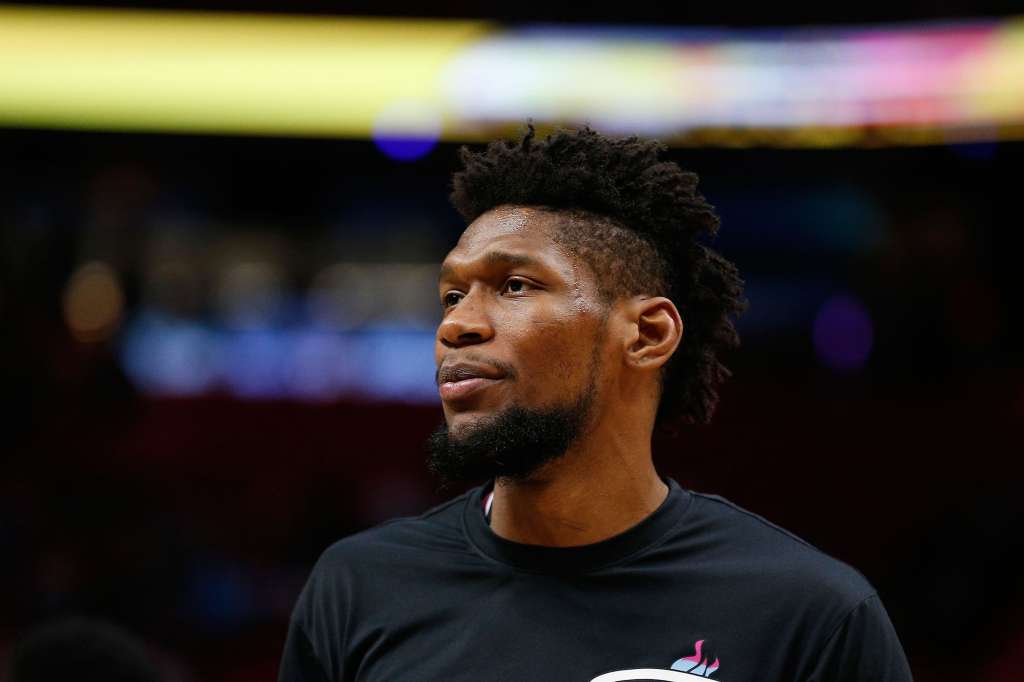 MIAMI, FLORIDA - DECEMBER 27: Chris Silva #30 of the Miami Heat looks on prior to the game against the Indiana Pacers at American Airlines Arena on December 27, 2019 in Miami, Florida. NOTE TO USER: User expressly acknowledges and agrees that, by downloading and/or using this photograph, user is consenting to the terms and conditions of the Getty Images License Agreement. (Photo by Michael Reaves/Getty Images)
CNN

(CNN) — It was a Christmas miracle for Miami Heat forward Chris Silva.

His mother, Carine Minkoue Obame, walked into the AmericanAirlines Arena on Friday and hugged him for the first time in three years.

“We have a great surprise for you,” Heat coach Erik Spoelstra told him as the team finished prepping for their game against the Indiana Pacers. “Merry Christmas, brother.”

“That’s my mum,” Silva said, sobbing after seeing his mother.

Silva moved to the US in 2012 from Gabon in Africa to pursue a career in basketball. Since then, Silva, 23, had only seen his family once and that was three years ago, he said.

Silva told reporters on Friday that he had talked to his mother over the phone on Christmas Day and never imagined that he would see her soon.

“I thought I was seeing a ghost,” Silva said of the reunion.

Obame traveled more than 6,300 miles from Gabon to see her son and to hopefully see him play live in the NBA.

While Silva didn’t play during Friday’s game, the team is set to face the Philadelphia 76ers on Saturday.

“Thank you so much to the @MiamiHEAT and everyone in it who helped with this! Thank you Adam Silver and @NBA_Africa for the funds and words can’t explain I was shook even after the game and still can’t believe it! Blessed! This is a Christmas miracle!,” Silva tweeted on Saturday.