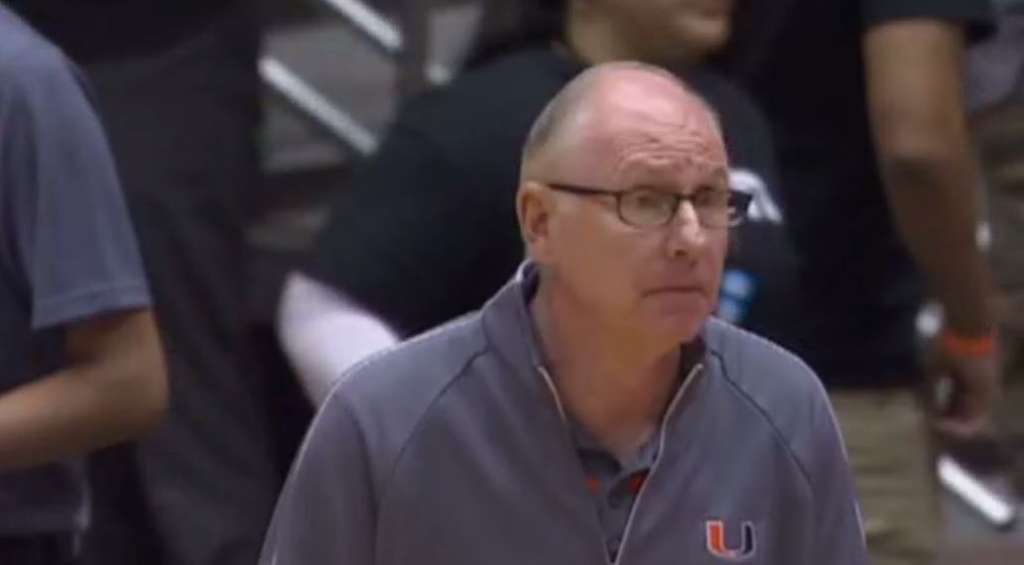 CHICAGO (AP) — Kameron McGusty and Miami jumped into passing lanes, challenged Iowa State’s shots and generally made life quite difficult for the Cyclones.

Turns out the Hurricanes play defense, too — at an Elite level.

McGusty scored 27 points and Miami advanced to the Elite Eight for the first time, pulling away for a 70-56 win over Iowa State 70-56 in the NCAA Tournament on Friday night.

Jordan Miller added 16 points on 6-of-6 shooting as No. 10 seed Miami more than held its own in a matchup of two of the tourney’s most stingy teams. The 11th-seeded Cyclones shot 32% from the field in the second half and finished with 18 turnovers.

With Charlie Moore directing the attack in his hometown, the Hurricanes (26-10) got their first win in the school’s fourth appearance in the Sweet 16. Next up is No. 1 seed Kansas — a 66-61 winner over Providence — on Sunday for a spot in the Final Four.

“The guys did a great job from start to finish. I’m very, very excited for them,” said Miami coach Jim Larrañaga, who led George Mason to the Final Four in 2006. “They’re an amazing group. They earned that today because they beat a very fine opponent.”

Much was made of Iowa State’s hard-nosed defense after the Cyclones (22-13) shut down LSU and Wisconsin in the first two rounds, advancing to the Midwest Region semifinals after the school had just two wins last season. But Iowa State had trouble staying in front of McGusty and company at times, and the Hurricanes’ athleticism also bothered the Cyclones when they had the ball.

Iowa State forced 14 turnovers after Miami turned it over just seven times combined in its previous two games, but the Hurricanes shot 46% from the field. The Cyclones allowed 33.3% shooting over their first two tourney games.

“They did a better job than we did in terms of disruption and creating live-ball turnovers,” Iowa State coach T.J. Otzelberger said. “They made some timely shots when we made our runs as well.”

Iowa State made a couple charges down the stretch, but McGusty made a 3 and converted a layup to help Miami answer each time. When Sam Waardenburg connected from deep and Miller made two foul shots to make it 60-46 with 2:47 to go, the celebration was on for the Hurricanes.

Waardenburg had 13 points, eight rebounds and five assists. Moore scored each of his seven points in the second half and finished with nine assists.

“This means a lot,” McGusty said. “I look at it as a new foundation for our basketball program.”

Moore was back in Chicago after starring for Morgan Park in high school and playing for DePaul during a college career that also included stops at California and Kansas. Conditt also got to play in his hometown in his senior season.

Moore set up Miller for a pair of layups while helping Miami to a 32-29 halftime lead. Conditt had eight points at halftime, including a big jam over Waardenburg and a rebound dunk.

NOT BAD AT ALL

McGusty, a sixth-year redshirt senior, was 10 for 18 from the field. He also had six rebounds and four of Miami’s 11 steals.

Iowa State: It was the Cyclones’ first loss in 16 nonconference games. They didn’t have enough playmakers to keep up with Miami, especially in the second half.

Miami: No stranger to March success, Larrañaga has his Hurricanes playing with poise and confidence. Their seeding is only one better than George Mason’s during its extraordinary 2006 run.