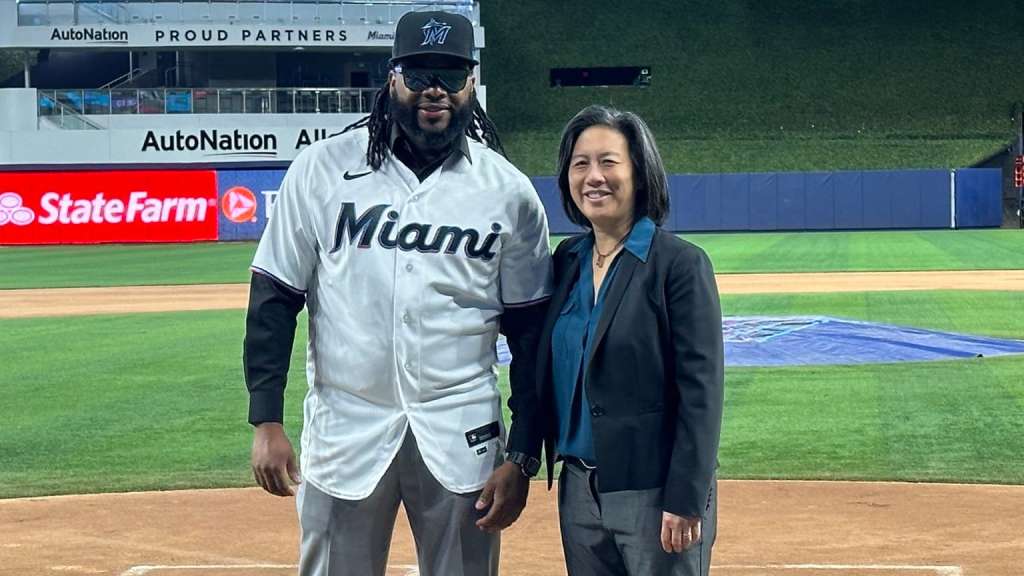 MIAMI (AP) — Before his Marlins introductory news conference, Johnny Cueto walked to the mound at his new home ballpark wearing sunglasses and a giddy smile, wrapped in a Dominican flag and dancing as music blasted throughout.

“To me it’s an honor,” the new Miami pitcher said through a translator. “Just the way the organization welcomed me, and the city. It was great. It was the same feeling as back home in the Dominican Republic.”

Cueto signed a one-year deal with the Marlins after spending the 2022 season with Chicago. Before that, he was with San Francisco for six seasons. His deal includes $8.5 million guaranteed for 2023, with a $2.5 million buyout if Miami does not exercise a club option for 2024.

“I think on both sides the interest was always there,” Ng said. “I think it was just about getting to a place that made sense for both of us. He’s had a very good career … so we’re excited to have him.”

Cueto, a 15-year veteran, lauded the Marlins’ young talent and said he’s looking forward to helping them “play the game with heart and play well.”

Cueto was 8-10 with a 3.35 ERA in 24 starts and one relief appearance with the Chicago White Sox last season. He was an All-Star in 2014 with Cincinnati, finishing second in NL Cy Young voting, and he was an All-Star again in 2016 with San Francisco. He won a World Series with Kansas City in 2015.

To make room on the 40-man roster, the Marlins designated left-hander Daniel Castano for assignment.

The Marlins have been ramping up their offseason moves. Miami signed infielder Jean Segura to a two-year deal and traded shortstop Miguel Rojas to the Dodgers for infield prospect Jacob Amaya.

Ng said after the Segura deal Miami hopes to add another hitter and has been talking to clubs about potential trades.

“There are still bats out there,” Ng said. “There’s a number of different ways we can do it. It’s just about making sure that — you want to be as thoughtful as you can about who you’re adding to the mix, what they provide and how they’ll mesh with everything going on here.”