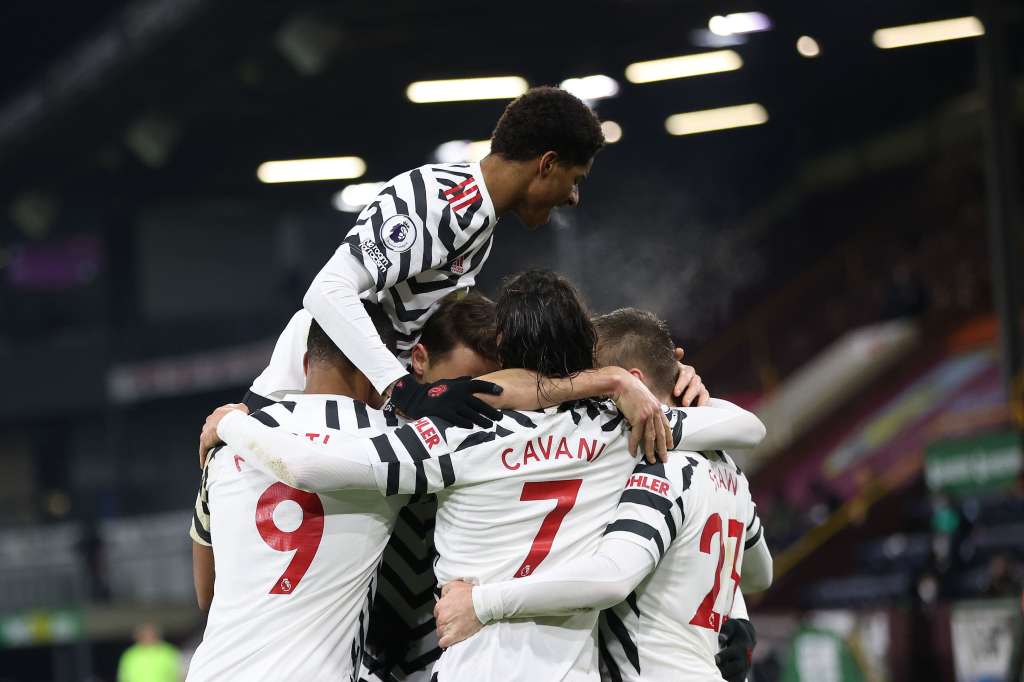 (CNN) — Manchester United manager Ole Gunnar Solskjaer says his team will do its best to keep within the new Covid-19 guidelines as the Premier League looks to clampdown on celebrations.

In a document reportedly sent out to teams on Tuesday, made public on social media, organizers underlined that behaviors during training and matches must change, whilst strengthening some of the protocols in place.

The league reminded teams that “unnecessary contact, particularly between opposition clubs including handshakes, high fives and hugs must be avoided” and that swapping of shirts after the game is now prohibited.

Speaking after his side’s 1-0 win over Burnley on Tuesday, a result which sees United sit top of the table, Solskjaer said it’s hard to keep emotions under control when passions are running high.

United players celebrated by hugging each other on Tuesday after Paul Pogba scored the only goal of the game.

“It’s an emotional game but we have to understand the players when they celebrate but we also understand the concern nowadays for a bit less emotion and less hugging,” Solskjaer told reporters.

“But it’s difficult because football brings out the best and the worst in you. Of course when you score you want to celebrate with your teammates.

“We will do our best to keep with the guidelines of course we will because we I think we all want football to carry on safely. I think mentally for many people it’s a relief but we understand the situation that the country is in.”

Whilst lockdown restrictions have been imposed across the UK amid record high confirmed cases, elite sport has been allowed to continue, though organizers have urged clubs to abide by a strict set of rules.

And match officials and compliance officers will check that clubs are following the updated guidance amid a number of breaches in recent weeks.

Players from Tottenham and Manchester City, amongst others, were caught breaking rules over the festive period.

On Monday, the league announced 36 players and club staff had tested positive in the latest round of testing. It comes as the UK passed the grim tally of 80,000 deaths as a result of Covid-19.

Minister for Sport, Tourism and Heritage Nigel Huddleston urged teams to diligently abide by the rules.

“Everyone in the country has had to change the way they interact with people and ways of working. Footballers are no exception,” he wrote on Twitter.

“Covid secure guidelines exist for football. Footballers must follow them and football authorities enforce them — strictly.”

According to the BBC, Premier League chief executive Richard Masters wrote a letter to clubs saying he was concerned to see players ignore social distancing measures over the weekend.

“This brings justified additional scrutiny and the league must take the lead in setting the right example,” he said.

CNN has reached out to the Premier League but is yet to receive a response.

Five EPL matches have already been postponed due to Covid-19 outbreaks this season and Aston Villa’s tie with Everton on Saturday is the latest to be under threat with multiple Villa players and staff self-isolating.

Solskjaer’s side now sit three points clear of second-placed Liverpool ahead of its trip to Anfield on Sunday, in what could be a pivotal moment in the title race.

It’s the first time Manchester United has been top of the table at the turn of the year since it won the league in 2013.

“We have to keep calm, now it is the big moment. We will see what is going to happen,” Pogba said after Tuesday’s match.

Elsewhere in Europe, Atletico Madrid underlined its title credentials in Spain after beating Sevilla 2-0 on Tuesday.

Goals from Angel Correa and Saul Niguez were enough to earn all three points against an inform Sevilla side.

Atleti last won La Liga in 2014, also the last time the title hasn’t gone to either Real Madrid or Barcelona.