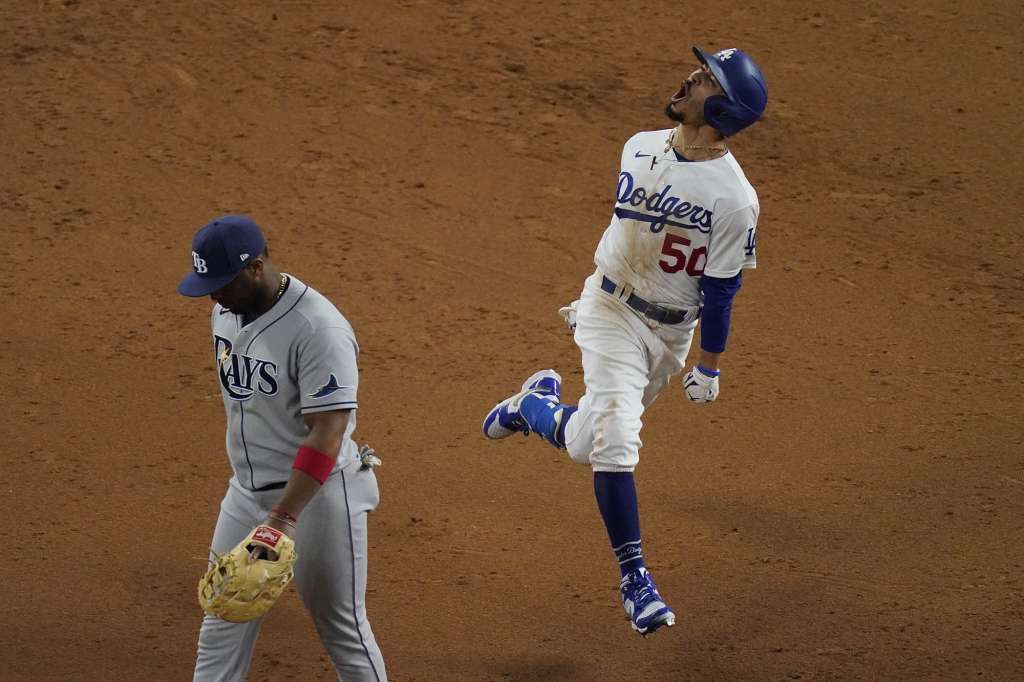 (CNN) — After a Major League Baseball season unlike any other, the Los Angeles Dodgers are World Series champions, defeating the Tampa Bay Rays 3-1 in Game 6 to win the best-of-seven series four games to two.

Los Angeles has waited 32 years for this moment — and it came during a pandemic, in front of a limited crowd of predominantly Dodgers fans at Globe Life Field in Arlington, Texas. It also comes just over two weeks after the Los Angeles Lakers won the NBA championship for the first time in 10 years.

It was a World Series matchup that provided a thrilling finish to the MLB season. In a way, that’s remarkable, as seven months ago, it was tough to believe that a season would even be possible because of the pandemic.

And on Tuesday night, MLB couldn’t escape coronavirus fears. Dodgers third baseman Justin Turner was removed from Game 6 before it ended because he received a positive Covid-19 test. The on-field celebration took place with the Dodgers wearing masks.

“It’s a bittersweet night for us,” MLB commissioner Manfred said in an on-field interview on FOX Sports. “We’re glad to be done. I think it’s a great accomplishment for our players to get the season completed, but obviously we’re concerned when any of our players test positive. We learned during the game that Justin was a positive. He was immediately isolated to prevent spread.”

On Twitter, Turner thanked those who reached out to him.

“I feel great, no symptoms at all. Just experienced every emotion you can possibly imagine. Can’t believe I couldn’t be out there to celebrate with my guys! So proud of this team & unbelievably happy for the City of LA,” Turner wrote.

Turner, however, would return to the field to celebrate with his teammates. CNN has reached out to MLB for comment.

“I had a crazy feeling that came to fruition,” Dodgers manager Dave Roberts said. “It’s just a special group of players, organization, just all that we’ve kind of overcome, I just knew that we weren’t going to be denied this year.”

Courtesy of a Randy Arozarena first inning home run, the Rays had a 1-0 lead heading into the bottom of the sixth, and their starter, Blake Snell, was pitching a gem. He went 5 1/3 innings, striking out nine, but Snell — after 73 pitches — was pulled by manager Kevin Cash after giving up a hit to Austin Barnes.

It’s a decision that will likely be discussed by fans during the offseason, if not longer.

Betts’ solo home run in the bottom of the eighth gave the Dodgers an insurance run.

The Dodgers and Rays had the two best records in the 2020 season, but they used different philosophies to get to this point. Los Angeles has one of the highest payrolls in baseball, at $107.9 million, while Tampa has one of the lowest, at $28.3 million.

The coronavirus pandemic put the brakes on MLB during spring training in March. The regular season start got pushed back, and it took time for team owners and the players to come to terms on what it would look like.

The 2020 regular season took place without fans, and it was shortened to 60 games instead of the usual 162. There was no bubble, like in other sports such as the NBA, WNBA and NHL. Teams traveled and used their own home stadiums, with the exception of Canada’s Toronto Blue Jays, who had to move to Buffalo, New York, in order to play this season.

There were other departures from the normal MLB rules during the regular season. The National League implemented the use of the designated hitter for the first time in history. If a game required extra innings, each half inning began with a runner on second base. Also added were seven-inning doubleheader games — which were utilized in major part because of Covid-19 outbreaks on the Miami Marlins and St. Louis Cardinals.

This postseason had more teams (16) than in years past, and the league championship and World Series games were played at neutral sites. The only games with fans were at Globe Life Field — the host of the National League Championship Series and World Series — with a maximum amount of 11,500 tickets available for each game.

An unorthodox season culminated with the Dodgers — in their eighth consecutive year in the playoffs — finally finishing what they started, with the best baseball team of 2020 winning the 116th World Series.

“I’ve been saying World Series champs in my head over and over again just to see if it will sink in,” said longtime Dodgers ace and surefire future hall of famer Clayton Kershaw. “I can’t put it into words yet. I’m just so very thankful to be a part of this group of guys.”