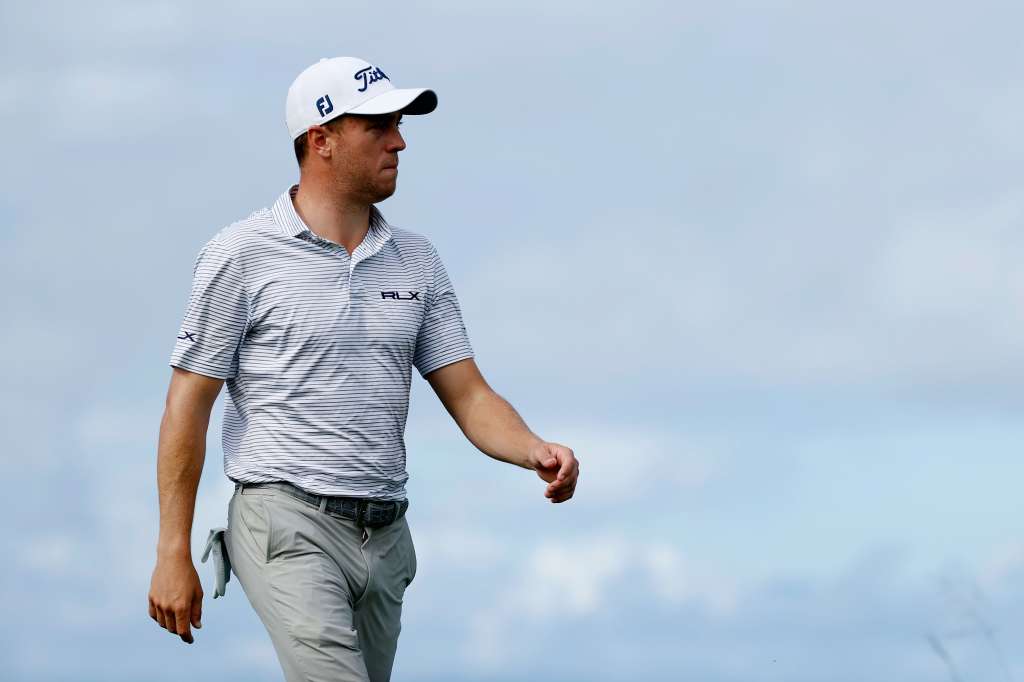 KAPALUA, HAWAII - JANUARY 09: Justin Thomas of the United States walks on the 10th hole during the third round of the Sentry Tournament Of Champions at the Kapalua Plantation Course on January 09, 2021 in Kapalua, Hawaii. (Photo by Cliff Hawkins/Getty Images)
CNN

(CNN) — World No. 3 golfer Justin Thomas has apologized for using a homophobic slur that was caught by television microphones at a PGA Tour tournament in Hawaii on Saturday.

The incident occurred after Thomas missed a par putt during the Sentry Tournament of Champions’ third round in Hawaii.

“There’s no excuse,” Thomas told the Golf Channel in an on-air apology immediately after his round at the Kapalua Plantation Golf Course.

“I’m an adult. I’m a grown man. There’s absolutely no reason for me to say anything like that.

“It’s terrible. I’m extremely embarrassed. It’s not the kind of person that I am … But unfortunately I did it and I have to own up to it and I’m very apologetic.

“I deeply apologize to everybody and anybody who I offended and I’ll be better because of it,” added Thomas.

“As he expressed after his round, we agree that Justin’s comment was unacceptable,” the PGA Tour said in a statement according to the AFP news agency, which added Thomas is likely to be fined for conduct “unbecoming of a professional.”

“There is no place for it in sports. We must continue to work for greater inclusion and acceptance,” tweeted David. “That’s how we all ultimately will win.”

The PGA Tour and Thomas’ representatives did not immediately respond to CNN Sport’s request for comment.

Going into Sunday’s final round Thomas is tied for fifth place, four shots behind co-leaders Harris English and Ryan Palmer.