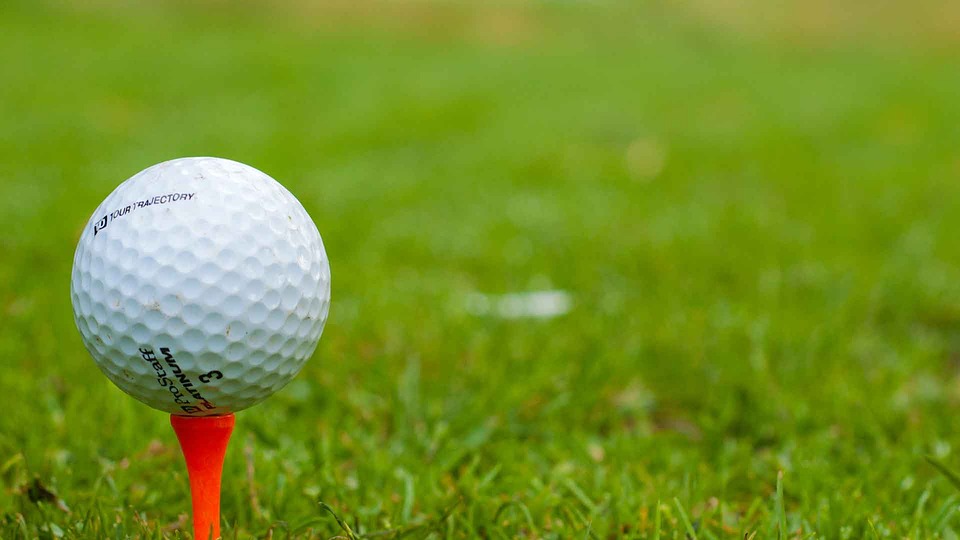 Day said he drew inspiration from James’ Game 3 buzzer-beater against the Toronto Raptors before he pulled off his own clutch shot on Sunday.

Leading by a stroke, Day’s 7-iron hit the flagstick on the 230-yard, par-3 17th hole, setting up a 3-foot birdie putt and a two-shot victory over Aaron Wise and Nick Watney at the Wells Fargo Championship.

“That is what I am most happy about,” Day said. “When you are on call to do something good and you pull it off, to be clutch like that, with a lot of heart. … I’m glad I watched LeBron James this morning.”

The 30-year-old Australian — an Ohio resident who can be found courtside at Cavaliers games — fought through some wayward tee shots and self-doubt to shoot a 2-under 69 on Sunday. He finished at 12-under 272.

“One of the best wins I have ever had,” said Day, who never felt on top of his game on Sunday.

He missed more than half the fairways — including an ugly hook into the water on the par-4 14th — hit just eight greens in regulation and made four bogeys on the day, squandering a three-shot lead on the back nine. But he toughed it out on the final three holes at Quail Hollow nicknamed the “Green Mile,” playing them in 2 under.

Day caught his biggest break on 17, where the ball bounced four times and was moving fast when it hit the pin, drawing a huge roar from the crowd.

It came on a hole with water short, left and long of the green that gave players fits all day because the putting surface was so firm that it was tough to stop the ball.

“Things like that are what you need to win tournaments,” Day said.

Day, who has had trouble with the closing hole in the past, then had the luxury of hitting an iron off the 18th tee, knowing he had a two-shot lead. He got up-and-down from the rough right of the green to finish with a par.

It was the Day’s 12th career win on the PGA Tour. The former world No. 1 also won the Farmers Insurance Open earlier this year after a winless 2017.

The win elevated him from 14th in the world to No. 7, and Day said this is a “step in the right direction” toward regaining the top spot as the world’s best gather for the Players Championship next week.

“Obviously power off the tee, he’s a phenomenal driver,” said Phil Mickelson, who also shot 69 and finished five shots back. “And he’s a great putter. He’s got a very deft, soft touch. He’s one of the best putters in the game. So you put those two things together, and he’s not lacking in wedge play, either. … So he’s got strengths in all the areas that he needs.”

The 21-year-old Wise was thrilled with the best finish of his career.

He wound up sharing second place when Watney drained a 59-foot putt on the 18th. Day pumped his fist and cheered on his playing partner before he rolled in the winning putt.

“I knew I had to play incredible golf to be there and I was able to do it,” Wise said. “When the pressure was on, I kept my head about me and pulled off some incredible shots.”

If Day was expecting a challenge from some of the other high-profile players in the field, it never materialized.

Mickelson opened with two bogeys, failing to capitalize on the momentum from his third-round 64. Rory McIlroy concluded an up-and-down week with a 71 to finish at 3 under. Rickie Fowler and Justin Thomas were one shot behind him.

Tiger Woods was a non-factor too, shooting 74 to finish 14 shots back. He failed to make a birdie in the final round of a tournament for the first time since 2014.

“I didn’t putt well again,” Woods said. “The chances I did have, I missed them all. Just a bad week.”

NOTES: Woods, Mickelson and Fowler will play the first two rounds together at the Players Championship. All are past champions of the PGA Tour’s flagship event, which Day won in 2016.