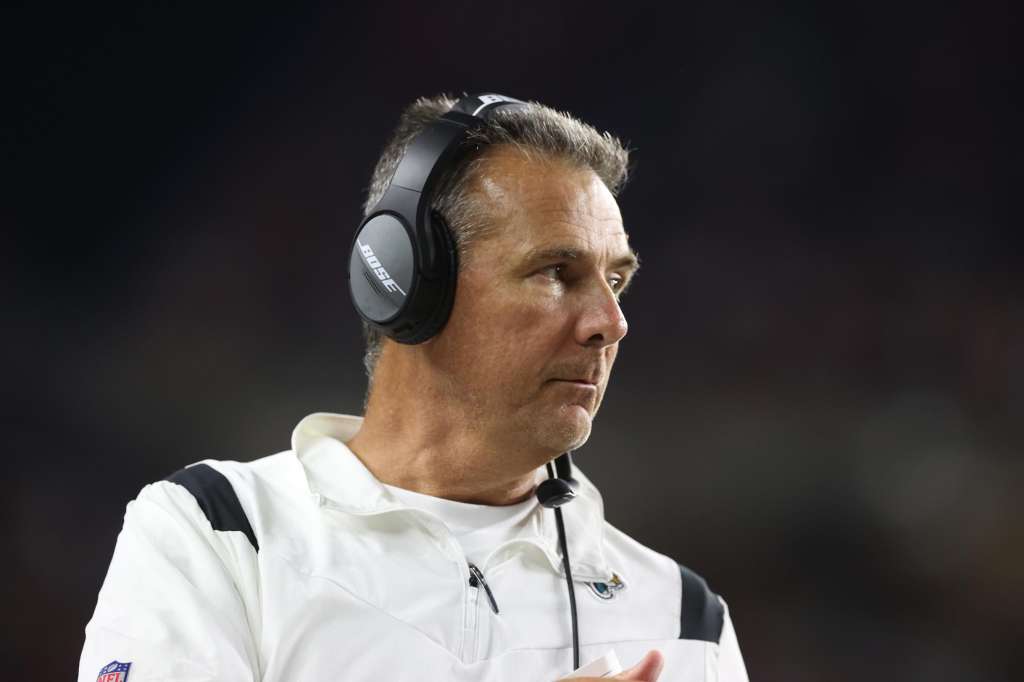 Footage of Meyer sitting on a stool at a bar in Columbus, Ohio, as a woman danced close to his lap went viral at the weekend before another clip emerged of the married 57-year-old appearing to touch the women’s bottom on the same night.

“I have addressed this matter with Urban. Specifics of our conversation will be held in confidence,” Khan said in a statement.

“What I will say is his conduct last weekend was inexcusable. I appreciate Urban’s remorse, which I believe is sincere. Now, he must regain our trust and respect.

“That will require a personal commitment from Urban to everyone who supports, represents or plays for our team. I am confident he will deliver.”

After the video was shared online, Meyer admitted he acted “stupid” and apologized to his team for being an unwelcome distraction to preparations.

He also acknowledged his family was left “upset” by the situation.

“I just apologized to the team and staff for being a distraction,” Meyer told reporters on Monday.

“It was stupid. So I explained everything that happened, owned it. It’s stupid. I should not have myself in that kind of position.”

Meyer has guided the team to an 0-4 start in his NFL debut season and did not fly back with the Jaguars after Thursday’s loss to the Cincinnati Bengals.

“I stayed to see the grandkids and we all went to dinner that night,” he explained.

“There was a big group next to our restaurant. They wanted me to come over and take pictures, and I did.

“They were trying to pull me out on the dance floor screwing around and I should have left.”

The Jaguars face the Tennessee Titans in their next game on Sunday.

Meyer’s last head coaching job was with Ohio State, from 2012-2018. He helped steer the team to a national title in 2014. He also won two national championships when he was head coach of the Florida Gators, in 2006 and 2008.

After stepping down as head coach at Ohio State, Meyer was a studio analyst for Fox Sports.