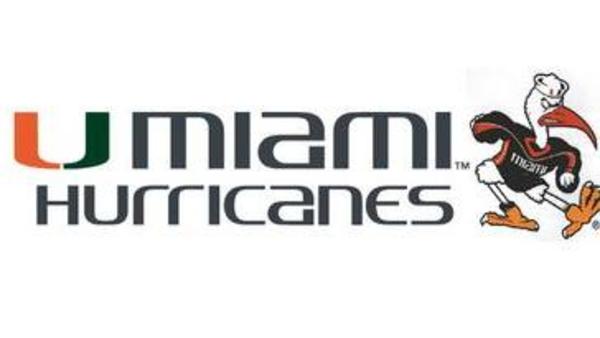 “I’ve probably watched it — I can’t even count, honestly, I watched it so much,” Newton said Friday. “It still gives me goose bumps.”

And the shot always goes in.

Newton’s buzzer-beater from just inside the midcourt line Tuesday gave Miami a 91-88 win at No. 9 North Carolina. The senior guard was still savoring his heroics three days later as the Hurricanes (21-8, 10-7 Atlantic Coast Conference) prepared for their regular-season finale Saturday against Virginia Tech (21-9, 10-7).

It will be the last home game of Newton’s career.

“I tell the freshmen to cherish every moment, because it goes by really fast,” he said. “But I’m happy overall. For me to hit that shot and come home to the fans, I’m excited.”

Newton, the only senior in the Hurricanes’ rotation, has had a roller-coaster season and career. He was suspended for three games during his sophomore season, and again for three games as a junior, each time for violating team rules.

This season he was Miami’s top returning scorer, but his average has dropped from 13.5 a year ago to 8.7. He struggled meshing with his younger teammates and was demoted to a reserve role for six games.

He has played better since his return to the starting lineup, and the improbable game-winner at North Carolina put everything in a new perspective. It was only his fifth 3-pointer of the season.

“I’ve had an up and down year,” Newton said. “In the beginning it was good. Then I went into a slump. But I kept working and I got out of it. I never got down on myself.”

He broke into a grin.

“For me to hit that shot, I think it’s a great season.”

Coach Jim Larranaga said Newton may have been burdened by the responsibility of playing point guard on a young team, and he’s proud of the senior for slogging through his slump.

“When he moved back into the starting lineup, he was smiling a lot more,” Larranaga said. “He seemed a lot happier. And obviously, the results have been very, very positive.”

That includes the biggest basket of his career. For Newton, Larranaga predicts, the replays will never end.

“As I told him after the game,” Larranaga said, “That’s a shot you’ll remember the rest of your life.”