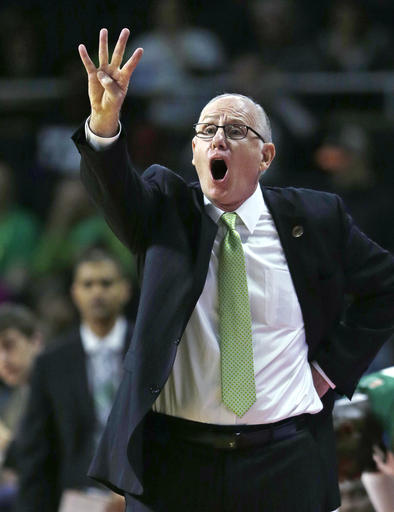 Whittling down 68 candidates and deciding who will be the last one standing is a tedious task. But enough about what seemed like a never-ending presidential election cycle.

The field for this year’s NCAA Tournament was revealed on Sunday night, and by the time the games start in earnest on Thursday millions of people will fill out tens of millions of brackets in an effort to pick the national champion. There’s no Electoral College to select, no “deep state” either, not even Syracuse. And most hopes will be dashed before the end of the first weekend.

The painstaking facts and exacting analysis offered below will help you win your pool , unless you have a better system to use, such as blind luck, team colors or neat nicknames. In this field alone, there’s the Norse (Northern Kentucky), Jackrabbits (South Dakota State), two sets of Gaels (Iona and Saint Mary’s), and hawks of all sorts (the Jayhawks of Kansas, the Fighting Hawks of North Dakota and the Seahawks of UNC Wilmington).

Region-by-region, here’s a breakdown of what will happen over the next three weeks — and most importantly, how you can cut down your own nets by holding best-bracket-bragging-rights in your office for the next year.

First, a few trends that are worth noting.

DUMP THE DOUBLE DIGITS: No one since Kansas in 1988 lost more than 10 games and still cut the nets down. There are 26 teams in this field with at least 10 losses; at least four will make the second round this year, but history says it’s difficult for those clubs to last too long.

TOUGH BREAK: Gonzaga enters this tournament with the best record in the field, 32-1. Sorry, Zags — None of the last 24 teams to come into the NCAAs either undefeated or with just one loss won it all.

EXPERIENCE MATTERS: Of the last 22 players to win Most Outstanding Player honors at the Final Four, 18 of them were juniors or seniors. So even in this one-and-done era, having some veterans who have gone through the tournament grind once or twice seems to be invaluable to championship hopes.

DON’T TAKE FIVE: If you like a No. 5 seed — Notre Dame, Virginia, Iowa State or Minnesota — to win it all, stop. Since the tournament was first expanded to 40 teams in 1979, no No. 5 seed has ever cut down the nets.

PICK SOME UPSETS: All four No. 1 seeds made the Final Four only once, in 2008. In the last six years, six teams seeded No. 7 or higher made Final Fours.

BUT NOT TOO MANY: No team seeded No. 12 or higher has made a Final Four.

Villanova is the No. 1 overall seed and the defending national champion. It’s tough to repeat — no one has since Florida in 2006 and 2007 — and if the Wildcats are going to buck that trend they’ll likely have to beat the Gators along the way.

Second round: Villanova over Wisconsin, Florida over UNC Wilmington, Baylor over USC and the teacher beats the student, Duke and Mike Krzyzewski oust Marquette and Steve Wojciechowski.

Kansas got no favors from the selection committee here. But the Jayhawks almost seem as though they’ve been undervalued all season, maybe because winning the Big 12 regular season has become an annual rite in Lawrence.

Second round: Kansas over Miami, Vermont over Iowa State, Oregon over Creighton, Michigan over Louisville.

The marquee region, without question. North Carolina, Kentucky and UCLA are seeded 1-2-3 here. They’re also 1-2-3 in all-time Final Four appearances: North Carolina has 19, Kentucky 17 and UCLA also 17 (because the 1980 appearance was later vacated).

And here’s the wild region. If chaos strikes one corner of your bracket, it will be this one.

So that leaves us with three No. 1 seeds — Villanova, North Carolina, Kansas — and a No. 2 seed in Arizona.

Villanova over Arizona in the all-Wildcats semifinal. North Carolina over Kansas in the all-Roy Williams other semifinal.

For the first time since 1961 and 1962, that means a title-game rematch awaits. Villanova vs. North Carolina, once again.

Nope. This time, North Carolina wins it all.