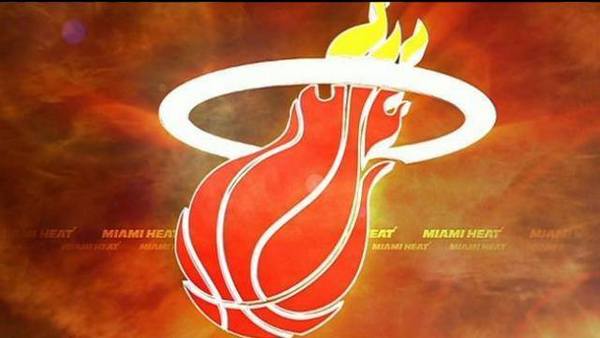 And they got there with a wire-to-wire win.

Tyler Johnson scored 24 points off the bench, the Heat had six players in double figures and they rolled past the Philadelphia 76ers 125-98 on Wednesday night.

Wayne Ellington made six 3-pointers for 18 points for Miami, which has won 10 of its past 11 at home. Hassan Whiteside, Dion Waiters and Goran Dragic all scored 15 for the Heat, and Whiteside also grabbed a game-high 11 rebounds.

“Our guys understand our strength is in numbers,” Heat coach Erik Spoelstra said.

"After Dallas we came back out here with a mindset to take care of home court and get the win." – D. Waitershttps://t.co/5Wz8cmSBb4 pic.twitter.com/HVNxQkspYg

James Johnson scored 14 for Miami. The Heat shot 54 percent and topped 120 points for the third time this season, with two of those coming against Philadelphia. The Heat also made 13 3-pointers, giving them 65 in their past five games — a first in franchise history.

“I felt like was in rhythm,” Tyler Johnson said.

Robert Covington scored 19 for the 76ers, who learned earlier Wednesday that center Joel Embiid will miss the remainder of the season with a left knee injury.

“I give Miami a lot of credit. They exposed us individually, our inability to guard them,” 76ers coach Brett Brown said. “But that type of result has not been us. It’s part of the NBA landscape — we win together, we lose together and we move on.”

“They got layups,” Holmes said, “and when you get layups, the rim gets bigger.”

Ellington was 5 for 7 from 3-point range in the fourth quarter, while Spoelstra kept his starters off the floor. It was the first time Miami faced Philadelphia since the 76ers snapped a 13-game winning streak by the Heat last month — and Ellington said the memories of how the 76ers celebrated that night lingered into Wednesday.

“We didn’t forget,” Ellington said. “We didn’t forget. They were pretty excited when they snapped our streak. … We wanted to come out and give our energy and our best effort, and it turned out to be a great win for us.”

76ers: The 76ers called their first timeout just 49 seconds after tip-off, after Waiters grabbed a rebound at one end and went in for an uncontested layup at the other. … Gerald Henderson (left hip soreness) missed the second half. … McConnell shot 5 for 7, with five rebounds and five assists.

Heat: Miami paid tribute to the cast of “Moonlight” — the Miami-based film that won Best Picture at this year’s Oscars — during a timeout in the second quarter. Some of the children involved with the film met with Heat forward Udonis Haslem pregame. “Just an amazing experience,” cast member Alex Hibbert said. … The Heat play 10 times at home in March, with the next one being a visit from LeBron James and Cleveland on Saturday.

Spoelstra was the Eastern Conference coach of the month for February, his seventh time winning the monthly honor. As was the case with the first six, Spoelstra shared the credit between his staff and the players. “I think it’s a John Wooden quote: It’s amazing what you can accomplish when nobody cares who gets the credit. That’s the way this staff is,” Spoelstra said.

Because of injuries and trades, the 76ers used four starting lineups in four games against Miami this season. In all, 10 different 76ers started at some point against Miami — with only Henderson starting all four times. Dario Saric and Jahlil Okafor started for the first time in a 76ers-Heat game this season on Wednesday.

Heat: Visit Orlando on Friday. Road teams are 3-0 in the Heat-Magic series so far this season.