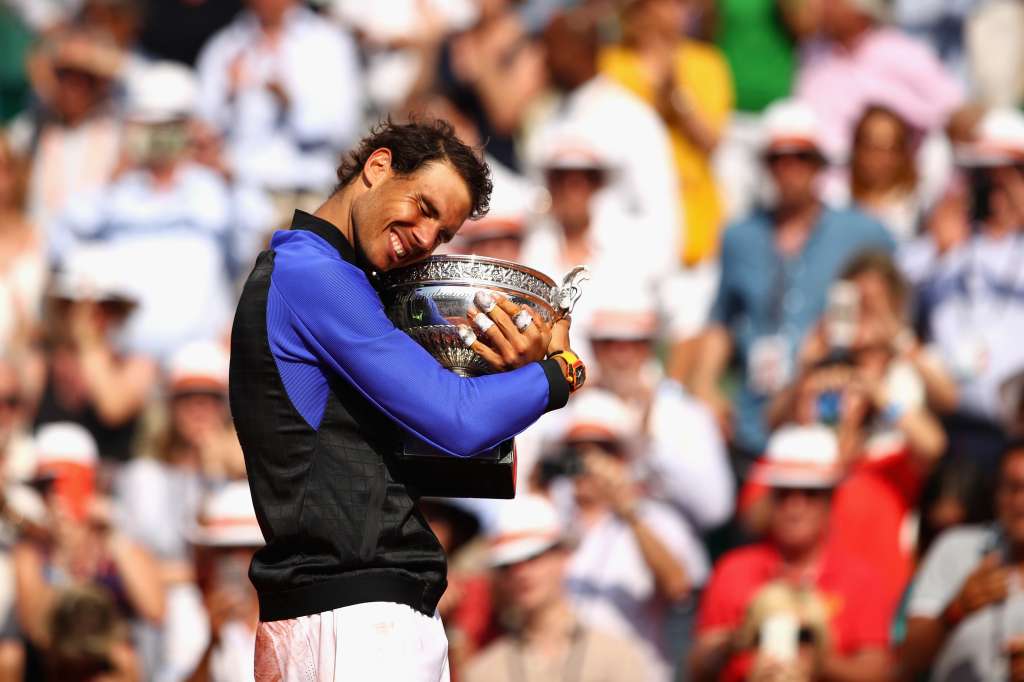 (CNN) — Given the thousands of professional tennis players, it’s only a tiny minority of 128 men and women who make the main draw of a grand slam.

Indeed, for the majority of the 1,977 who are ranked overall in the three tiers of men’s professional tennis, it is not about winning a grand slam title but simply being in the hat. First-round prize money can cover expenses for a while on the 11-month tennis tour.

Which is why Argentina’s Marco Trungelliti, who took the seemingly small step of reaching the second round at the French Open Monday, probably won’t be forgotten over the course of this Parisian fortnight.

Trungelliti has only played 16 matches at the highest level — while contesting 434 in tennis’ minor leagues. So when the 28-year-old learned he had a chance to reach the promised land of a major, he wasn’t going to bypass the opportunity.

He originally lost in the final round of qualifying Thursday to Poland’s Hubert Hurkacz, which should have been the end of his tale. But as more and more spots opened up in the draw for lucky losers — an eighth berth materialized courtesy of Nick Kyrgios’ departure Sunday — Trungelliti suddenly had a way in.

In Barcelona at the time, Trungelliti took the 1,000-kilometer road trip in a car with his brother, mum and 88-year-old grandma and reached the French capital shortly before midnight Sunday. With intermittent coffee breaks, the journey lasted 10 hours.

“Actually, my grandma was in the shower and I told her, ‘OK, we go to Paris,'” Trungelliti said. “There are many flights canceled, so I didn’t trust too much. And then there is no train now (to) France so the best option was always, was just take the car.”

As a result he is guaranteed to leave the tournament 99,000 euros ($115,000) richer even if he loses to Italy’s Marco Cecchinato Wednesday, a mammoth sum given his career tally in 10 years entering the French Open sat at $578,000.

Normally such a player would only be interviewed by journalists from his country — if that — but such was the interest in his fable that he was brought to the main interview room at Roland Garros. Not on social media, he said it was his wife that got the word out about his unlikely path to the French Open’s main draw.

“I never had a press conference with so many people. Not even when I played against (Marin) Cilic two years ago,” said Trungelliti, referring to his win against the 2014 US Open champion at Roland Garros.

Tomic is regarded as one of the bad boys in tennis — his fellow Australian, Kyrgios, is trying to shed that reputation — telling reporters he was going to count his “millions” when he fell in January’s Australian Open qualifying.

While he may trump Trungelliti’s bank balance, he is seemingly trying to resurrect a career that saw him reach the Wimbledon quarterfinals and reach 17th in the world two years ago. Fighting his way through qualifying on his least favorite surface is not a bad start.

Tomic, however, was in no mood to talk Monday, offering up 15 short sentences to 10 questions in his mandatory post-match news conference.

Elsewhere, there were mixed fortunes for the comeback quartet of Victoria Azarenka, Stan Wawrinka, Novak Djokovic and Petra Kvitova.

Only recently able to travel outside California in the aftermath of a custody dispute, Azarenka lost to former highly-rated junior Katerina Siniakova 7-5 7-5. Clay has traditionally been the twice grand slam winner’s least productive surface and she had a mere three warmup matches on the dirt.

Djokovic gained momentum by testing the King of Clay, Rafael Nadal, in the semifinals of the Rome Masters this month. It was a much needed boost of confidence after a pair of demoralizing defeats in Indian Wells and Miami in March and falling to the talented but then-ranked No. 140 Martin Klizan in Barcelona.

The Serb — who won four straight majors from 2015-2016, completing the job in Paris — defeated Brazil’s Rogerio Dutra Silva 6-3 6-4 6-4. As far as first matches at grand slams go, it was about right for Djokovic. He hit plenty of tennis balls, acclimatizing to the conditions, but still won in straight sets.

Kvitova, meanwhile, played her first tournament of 2017 at the French Open following a knife attack in her home five months earlier that left her with nerve damage to her left, playing hand. Twelve months ago the Czech was simply happy to back. Now she is one of the contenders after claiming four titles in 2018, including two on the clay.

The twice Wimbledon winner had a tough opener — against a clay-court specialist who made the fourth round last year, Veronica Cepede Royg — but prevailed 3-6 6-1 7-5.

Nadal, bidding for a record-extending 11th French Open title, begins his title defense Monday against another lucky loser, Simone Bolelli, whose route to the main draw wasn’t as complicated as Trungelliti’s.