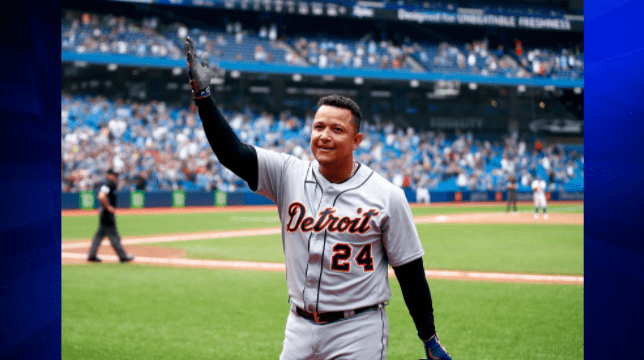 Playing in his 19th season, Cabrera hit a 400-foot solo shot off Blue Jays pitcher Steven Matz in the sixth inning to reach 500 in his career and 13 of the year.

The last player to reach the milestone was David Ortiz, a former player on the Boston Red Sox, who hit his 500th home run on September 12, 2015. Cabrera joins Los Angeles Dodgers’ Albert Pujols as the only other active player to have reached the milestone.

Cabrera is an 11-time All-Star, four-time batting champion and two-time American League MVP. In 2012, he became the first player to win the Triple Crown since Carl Yastrzemsi in 1967, after leading the American League in home runs, RBIs and batting average.

The Tigers slugger will next look to become the sixth player in MLB history to have 500 career home runs and 3,000 career hits. Sunday’s home run was his 2,955th career hit, and now sits 45 short of the 3,000 mark.