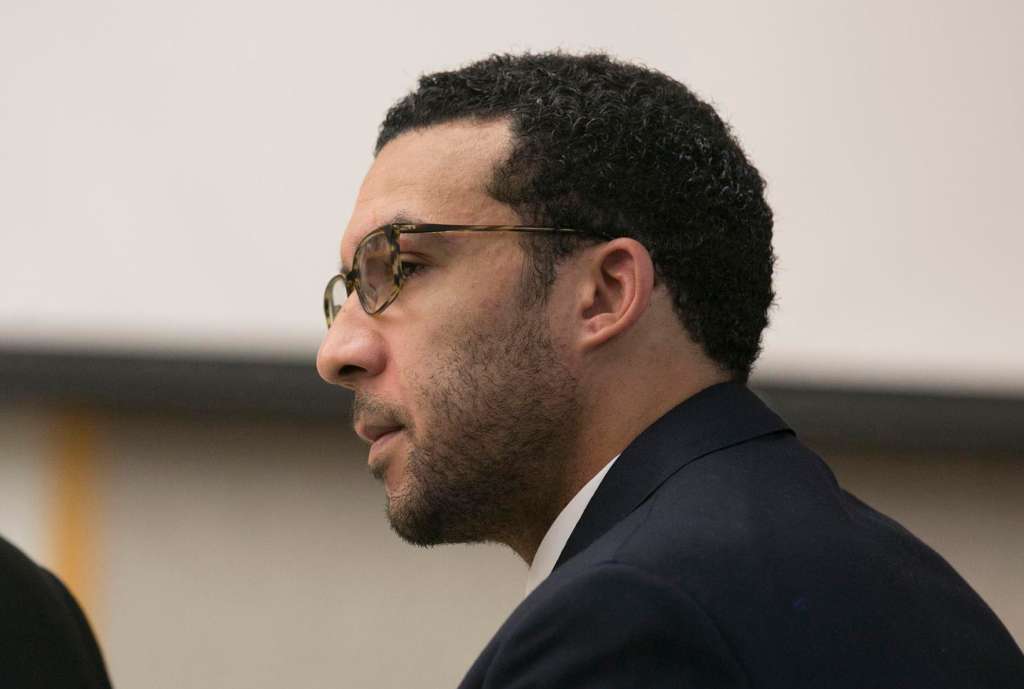 SAN DIEGO (AP) — Former NFL player Kellen Winslow II was sentenced Wednesday to 14 years in prison for multiple rapes and other sexual offenses against five women in Southern California, including one who was homeless when he attacked her in 2018.

The 37-year-old son of San Diego Chargers Hall of Fame receiver Kellen Winslow appeared via videoconference at the hearing in San Diego Superior Court in Vista, a city north of San Diego. He declined to comment before his sentence, saying his lawyers had advised him not to speak.

San Diego County Superior Court Judge Blaine Bowman said Winslow can only be described with “two words and that is sexual predator.” He said he selected women who were vulnerable because of their age or their living situation with the idea that “hopefully he would get away with it in his mind.”

Winslow was once the highest-paid tight end in the league, earning more than $40 million over his 10 seasons before he left in 2013.

The 14-year-sentence was the maximum allowed under a plea deal. He was convicted of forcible rape, rape of an unconscious person, assault with intent to commit rape, indecent exposure, and lewd conduct in public.

The forcible rape involved a woman who was homeless in his home town of Encinitas, a beach community north of San Diego.

She was among four of the women who gave statements Wednesday, including one victim who had the prosecutor read hers. All described suffering years after their attacks from fear and emotional trauma.

The woman who was homeless called into the hearing via video conference from the San Diego County District Attorney’s office, where she was watching the proceedings with another victim.

She said since she was raped she has had trouble raising her head and walking, and she feels afraid constantly, checking under beds and in closets, and cannot be alone.

“It’s affecting my life every day and every night,” she said. “I don’t ever feel safe inside or outside. You brought so much damage to my life.”

Winslow’s attorney Marc Carlos said Winslow suffered from head trauma from the many blows to his head playing football, which can only explain why he “went off the rails” going from a star athlete to a convicted sexual predator. He said his client has accepted responsibility and intends to get help.

Winslow was convicted of forcible rape and two misdemeanors — indecent exposure and a lewd act in public — after a trial in June 2019.

But that jury failed to agree on other charges, including the alleged 2018 rape of a 54-year-old hitchhiker, and the 2003 rape of an unconscious 17-year-old high school senior who went to a party with him when he was 19.

Before he was retried on those charges, he pleaded guilty to raping the teen and sexual battery of the hitchhiker. Those pleas spared him the possibility of life in prison.

The father of two, whose wife filed for divorce after he was convicted, had faced up to 18 years in prison for all the charges. But both sides agreed to reduce the sexual battery charge to assault with intent to commit rape last month. That reduced the maximum sentence to 14 years.