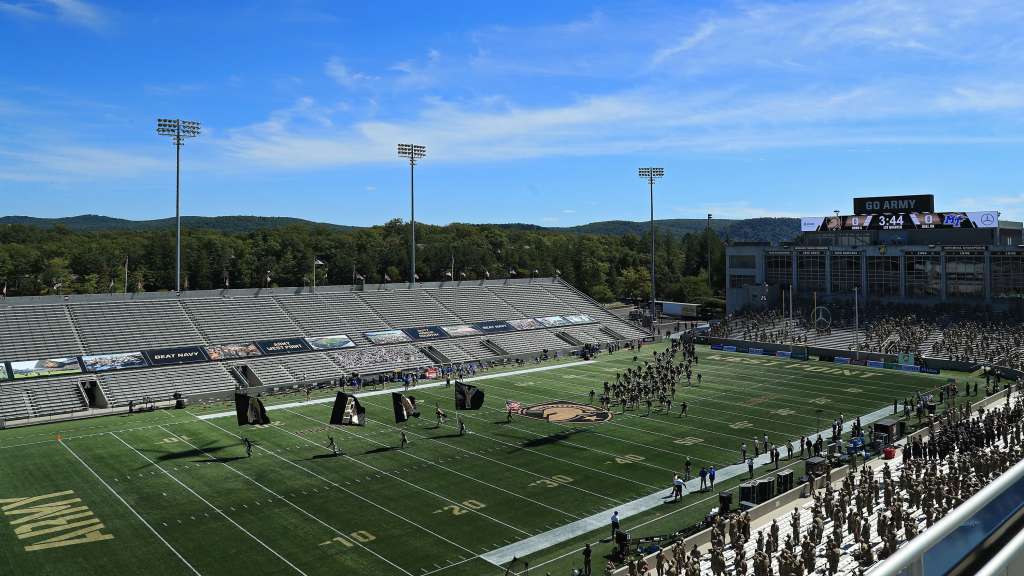 (CNN) — A relocated football game is now making history. But it’s not just any game.

The 121st Army-Navy football game, which was originally supposed to be played in Philadelphia in December, will now take place at Michie Stadium at the US Military Academy in West Point, New York. It’s the first time an Army-Navy football game has been played at a home stadium since World War II when the Naval Academy hosted the 1942 game and West Point the 1943 game.

But even though the location change is historic, very few people will be able to see it in person.

“It is unlikely there will be fan attendance allowed at Michie Stadium beyond the Corps of Cadets and Brigade of Midshipmen,” according to the press release announcing the location change.

So while most fans will see the game from a TV screen, it’s still a sight that hasn’t been seen in nearly 80 years.

Why did the football game move to West Point?

This game is the traditional end to the college football season. It is one of the oldest rivalries in college football, dating back to 1890, and is often attended by the President. Navy leads in the all-time series, 61-52, and won the 2019 game 31-7.

The game is being moved due to Pennsylvania’s limits on outdoor events, which limit outdoor events to 7,500 people to lessen the spread of Covid-19. That limit would prevent the more than 4,000 West Post cadets and 4,500 Navy midshipmen from attending the game between the Army Black Knights and the Navy Midshipmen.

“The health and welfare of the Corps of Cadets and Brigade of Midshipmen is the number one priority,” said Lt. Gen. Darryl A. Williams, the superintendent of West Point. “Hosting the Army-Navy Game on West Point will be the safest way for the Cadets and Midshipmen to experience the game.”

CBS will broadcast the game on December 21 at 3 p.m. The Black Knights currently have a record of 5-1 while the Midshipmen are 3-2.