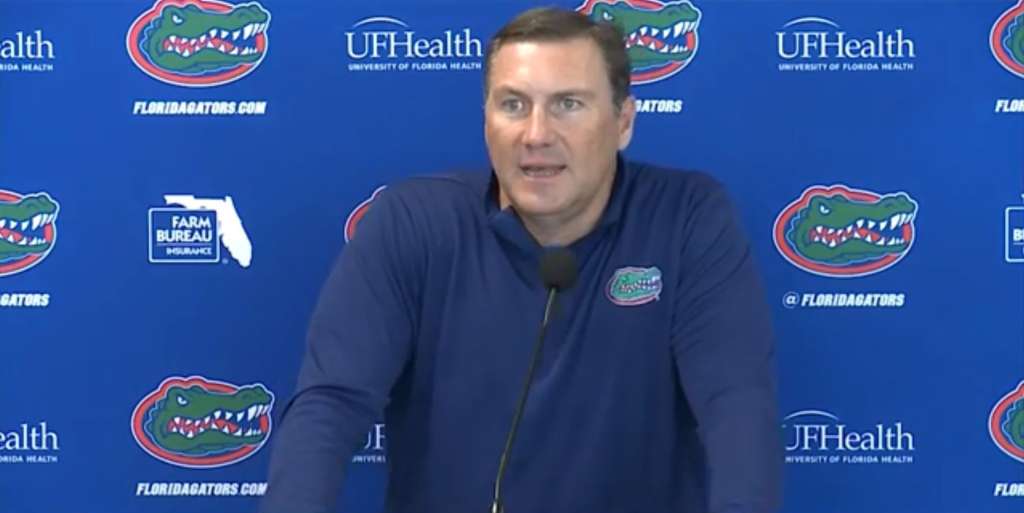 HOLLYWOOD, Fla. (AP) — Virginia coach Bronco Mendenhall finds it amusing his Cavaliers have been designated the home team in the Orange Bowl.

They’re playing Florida, which ensures most of the crowd on Dec. 30 will be cheering for the “visitors.”

“This might be the most disproportionate home team-visiting team game ever,” Mendenhall said. “Based on the Gator responses I got all day here in the area recruiting, I’m not sure it’s home yet.”

Florida coach Dan Mullen laughed at that but tried to stress what the teams have in common.

“There’s going to be a lot of orange and blue in that stadium,” Mullen said.

The two coaches appeared Wednesday at a kickoff event for the matchup. Both said the berth will help their program and specifically recruiting, especially in talent-rich South Florida.

“The exposure not only nationally but locally — for young people to see our program up close, it’s essential,” Mendenhall said. “We look forward to capitalizing the best we can.”

Florida (10-2) is No. 9 in the College Football Playoff rankings, and Virginia (9-4) is No. 24. The Cavaliers will make their Orange Bowl debut, while the Gators are in the game for the first time since the 2001 season.

But Mullen has been a head coach in the Orange Bowl before — he led Mississippi State in a 39-34 loss to Georgia Tech in the December 2014 game. Despite the defeat, he has fond memories.

“Dan asked me if I had been to this game yet and I said no,” Mendenhall said. “He said, ‘Just wait,’ and kind of lit like it was Christmas based on his experience.”

Mullen, a Pennsylvania native, said he considers the berth special in part because of his childhood.

“As a guy that grew up in the northeast, I’d finish shoveling all the snow out of the driveway, and get to come in and watch the Orange Bowl,” he said. “To be part of it is an unbelievable honor.”

The game will be Virginia’s first in a New Year’s Six game since 1998, and Cavaliers fans roared at news of the berth.

“There was an announcement made at the UVA-North Carolina basketball game at halftime,” Mendenhall said. “It was as if we won a national championship in basketball.”

So the game is expected to be a hot ticket in Charlottesville. Make room, Gators fans.