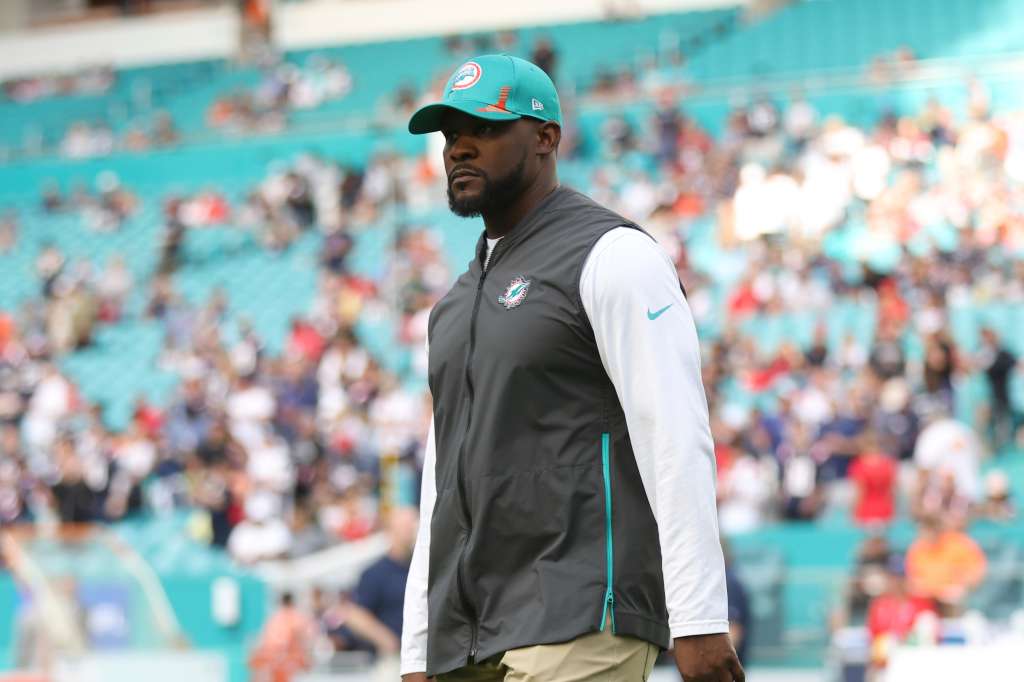 NEW YORK (AP) — A lawyer for a Black NFL coach who sued the league alleging racist hiring practices told a judge Monday that arbitration is the wrong way to resolve the lawsuit in part because NFL Commissioner Roger Goodell would be the arbitrator and that would be “unconscionable.”

Attorney Douglas Wigdor said the league was trying to force “behind closed doors” the claims of Brian Flores and two other Black coaches. None of the coaches was present for the Manhattan federal court hearing.

It was the first hearing for a lawsuit Flores filed in February, when he claimed the league was “rife with racism” even as the NFL publicly condemns it.

Flores was fired in January as head coach by the Miami Dolphins after leading the team to a 24-25 record over three years, with two straight winning seasons including the most recent, when a 9-8 record left them out of the playoffs. He has been hired since as an assistant coach for the Pittsburgh Steelers.

His lawsuit was joined last month by two other coaches, Steve Wilks and Ray Horton.

There are six minority head coaches currently in the NFL, a league where the majority of the players are Black.

Former U.S. Attorney General Loretta Lynch, representing the NFL, told Judge Valerie E. Caproni that the league believes all claims in the lawsuit must be moved to arbitration according to the terms of employment agreements.

Wigdor said the league demonstrated “this unconscionable bias of the arbitrator” when the NFL said the claims in the lawsuit were without merit after it was first filed. He said it would not be fair for Goodell to arbitrate the claims after he earned $120 million over the last two years from the league’s teams.

Lynch said she invited the three coaches and their lawyers to meet with league officials to discuss the “important issues” surrounding racial inclusion that the NFL seeks to address.

“Today, they declined to meet with us,” she said.

Wigdor said he rejected the league’s invitation to discuss racial issues because there would be no magistrate judge or judge present.

For now, the judge has put the lawsuit on the slow track, setting up a schedule stretching into August for the submission of written arguments regarding whether arbitration is required.

That schedule is likely to be delayed further once Wigdor formally informs the judge that he wants to seek permission to collect evidence surrounding the arbitration practices of the league before the issue is resolved.