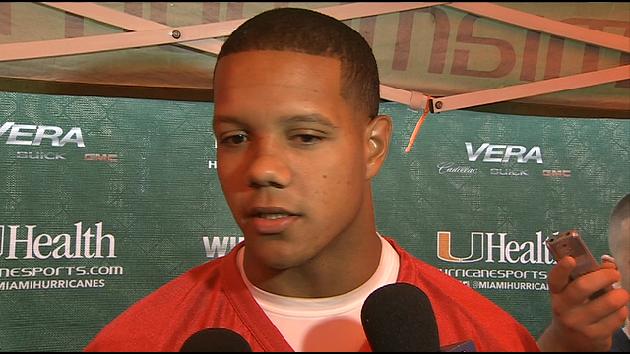 PHILADELPHIA (AP) — The Philadelphia Eagles added a third quarterback when they were awarded Stephen Morris off waivers from the Jacksonville Jaguars on Sunday.

The Eagles traded quarterback Matt Barkley to the Arizona Cardinals on Friday and released Tim Tebow on Saturday.

Morris went undrafted out of the University of Miami in 2014 and spent the season on Jacksonville’s practice squad.

In the preseason for Jacksonville, the 23-year-old quarterback completed 23 of 42 passes (54.8 percent) with one touchdown for a 79.7 passer rating. The Jaguars released him Saturday when they opted to keep just two quarterbacks, starter Blake Bortles and veteran backup Chad Henne.

Morris was a two-year starter in college for the Hurricanes. He finished his college career with 49 touchdown passes and 30 interceptions. He passed for 3,028 yards his senior year.